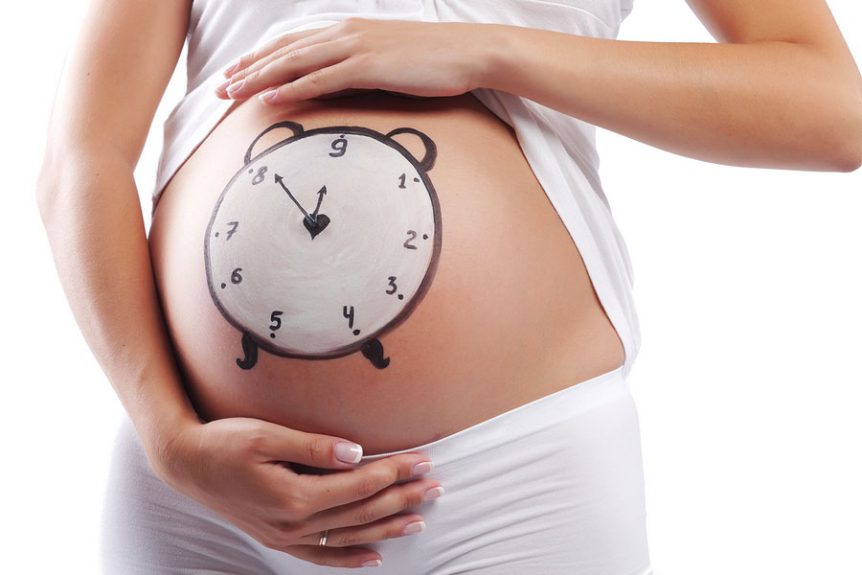 Human newborns are unique among mammals. They cannot immediately get up, feed and walk around like a newborn foal, yet they have brains that are more active than a whole litter of newborn pups. In comparison to other animals that are born one at a time, human babies are born at an earlier developmental stage.

The reason for this is explained in something called the obstetric dilemma – women need a wide pelvis to give birth to big-brained babies, but a narrow one to walk or run efficiently. The compromise evolution found between these opposing needs was to allow babies’ brains to grow until they were just big enough to fit through the birth canal.

This compromise is a risky one – it means that the rest of the brain development must happen outside of the womb, which calls for a huge investment from the mother. To grow a big-brained adult she must continue to care, protect and feed a helpless infant for at least another 12 months, if not for many years after that.

When would the ideal time be?
To be at a similar neurological and cognitive developmental stage to that of a chimpanzee, we would have to stay in utero (the womb) for a whopping 18 to 21 months!

There is an alternative explanation towards our early departure from the womb – one that focuses upon metabolism. How long can a mother supply enough to sustain the nutritional and metabolic needs of the baby? Human Babies have larger brains than other mammals and are relatively larger in size (in relation to mother’s body size), both of these facts would indicate that pregnancy pushes human mothers to their metabolic limits. It has been remarked that “birth occurs when the foetus starts to starve” or labour starts when the mother can no longer continue to fuel the baby’s needs.

If that wasn’t enough, there is one other alternative explanation – that the close fit we currently have between the pelvis/birth canal and baby’s head wasn’t always so. That improvements in diet and health have resulted in an increase in newborn body sizes and thus – less space during birth.