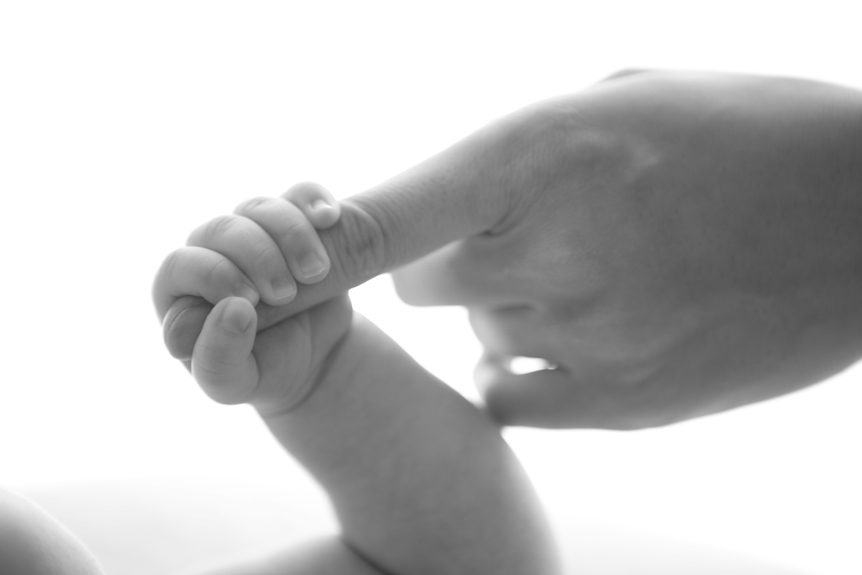 How do we know that a newborn’s grasp is so strong? How would you test this upon a newborn and more to the point, why?
Ethically it is fraught with issues, however, our history is scattered with experiments of a questionable ethical nature, some far more inhumane and horrendous than others.

There have been “hanging babies from a stick” experiments performed, some as early as 1891, published in the British Medical Journal by Louis Robinson, (see here) where he witnessed all babies hang for at least 10 seconds and one baby for as long as 2 minutes and 35 seconds. There were also some experiments in the 20th century (shown in the video below) that displays, according to the attached notes, a fragment of “Johnny and Jimmy” (twins), a silent film by Myrtle McGraw, recorded in 1932.

What all these experiments are showing is the palmar grasp reflex – one of many primitive reflexes ( for other reflexes check out, Babies can skydive!). When an object is placed into and strokes a baby’s palm, the fingers close and they will grasp the object with the palmar grasp. The reflex appears at birth and persists until 5 – 6 months old. Many of us are familiar with the ferocious grip of a newborn, it is often commented upon as a sign of a strong and healthy baby.

Have you ever been caught with your finger in the hand of a newborn, awaiting the grip to subside, not wanting to wrench you finger away or disturb the little one? There is an easier option: Just as a stroke of the palm induces the grasp, a gentle stroke of the back or side of the hand reverses it.