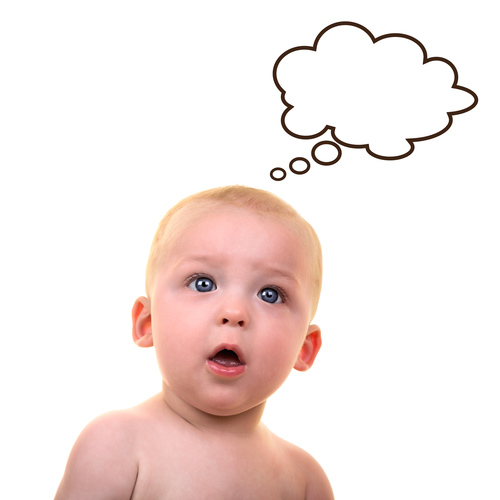 The term “infant” can be traced back to the latin word, infans. Its literal translation is “not speaking”, from in – “not, opposite of” and fans – “speaking”.

Infant typically refers to the first 12 months, while newborn is the term used for infants during their first 28 days.

The Romans extended the term to include older children. In British English, the word also has a wider meaning, though less common today. It was generally thought to include children up to 7 years of age (think “infant school”). The French also extended the term with their word, enfant, meaning child, that also derived from the same Latin word, infans.