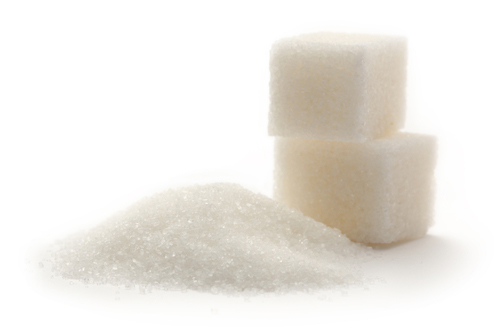 Sucrose (white table sugar) is used as an a analgesic (pain relieving medicine) in newborns and has been used for some years. It is often administered as a liquid in the mouth to prevent pain from a single event. Consuming sucrose orally can reduce short term pain and distress during minor procedures and its effects last approximately 5-8 minutes.

Here’s what it says in some medical literature:

“The mechanism is an orally mediated increase in endogenous opioid”

Lets break it down…

“The mechanism is orally mediated” – means the effect is caused by it being given in the mouth.

“endogenous” – means that it originates in the body / is made by the body.

So in brief, sugar given to a baby as a solution in its mouth will cause the baby’s body to produce a morphine-like pain relieving effect.

Sucrose solution is sometimes given before the 6-8 day heel prick test / blood spot test that screens for 9 rare, but serious conditions. For more info on this test check out this NHS page.

There was a cochrane review in July 2016 that looked at all of all the available studies looking into “sucrose as an analgesic”. It included over 74 studies and tested over 7000 infants. It concluded that sucrose was effective pain relief following heel pricks, and injections into both muscle and veins, but was not effective pain relief following circumcision. There was insufficient evidence for other minor painful procedures.