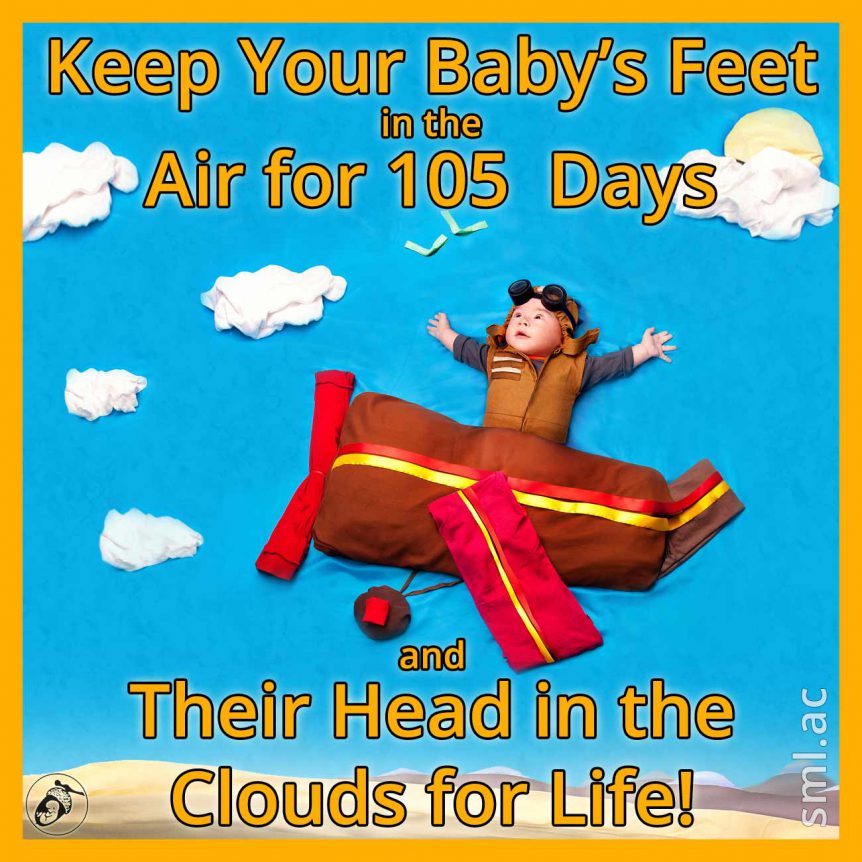 It’s common to hear the term “keep both feet on the ground” and “stay down to earth”. In much of society, we place these terms as being wholly positive and desirable traits – this is especially true for our children.

When we place these terms in high esteem, it tends to imply that being a daydreamer or having your “head in the clouds” are negative, less desirable traits.

For those of us that consider this true, consider some of the famous people that exhibited and even sought out these “less desirable” traits – sometimes in peculiar or eccentric ways.


Albert Einstein is believed to have begun his theory of relativity while he daydreamed about riding or running beside a sunbeam to the edge of the universe.

Sir Isaac Newton developed his theory of gravity after seeing an apple fall from a tree, whilst daydreaming in his mother’s garden.

Benjamin Franklin was known to take “air baths”, his term for sitting around naked, regardless of the weather.

Sir Paul McCartney has admitted that some of the Beatles’ most popular work was literally dreamt up and that he composed the entire melody to Yesterday in a single night’s dream.

Carl Jung the famous psychoanalyst’s book – The Red Book – is a massive collection of years of Jung’s dreams, fantasies and surrealist dialogues.
Steve Jobs, as a college drop out, would walk around barefoot and refused to shower. He spent a time eating only apples or another time only eating carrots. It’s been noted that the carrots may have even altered his appearance – “Friends remember him having, at times, a sunset-like orange hue”

Salvador Dalí often described his paintings as “hand painted dream photographs” like in his piece The Persistence of Memory.

Guy Garvey (Lead singer – Elbow) has said “Spending time in your own head is important. When I was a boy, I had to go to church every Sunday; the priest had an incomprehensible Irish accent, so I’d tune out for the whole hour, just spending time in my own thoughts. I still do that now; I’m often scribbling down fragments that later act like trigger-points for lyrics”

Thomas Edison would try to induce a daydream-like state, called the hypnagogic state – the transition period from wakefulness to sleep or stage 1 of the sleep cycle. He would sleep sitting up with steel balls in his hands and as he drifted off to relax, the balls would drop and the resulting racket would wake him. He would instantly write down whatever was in his head at the time and more often than not, it would result in him having a new idea for research.

Having your head in the clouds or daydreaming may seem like the antithesis of work, yet it is probably the most important type of productivity – creative problem-solving.

The importance of keeping your feet off of the ground is embodied in the ancient custom, from the Indonesian island of Bali, that asserts a newborn baby’s feet should not touch the floor for 105 days (or 210 days in some communities).

Bali is a culture of many rituals, there are many surrounding birth, pregnancy, and the first months of a baby’s life. The ceremony – known as nyabutan or nyambutin – occurs on the baby’s 105th day and is as important, maybe even more significant, than their wedding.

Babies are considered holy for the first three months of life, their spirits still belong to the divine and they are protected by their nyama bajang, or 108 spirits. The soul is thought to have not fully “stuck” to the body, and thus, the soul is seen as liable to leave if not well treated.

It is during the ceremony, that the baby’s feet will first touch the ground and they will be officially named. In some ceremonies, names are written onto leaves, they are then placed among burning sticks, the first leaf to burn is the name that is bestowed upon the baby.

This period, the first 3 months, is also known as the forth trimester – the time where mother and baby get to adjust to their new life together. It is a time when Mothers are at their most vulnerable and under the most pressure. The time when the changes that a newborn goes through are vast, scary and full of new things… New sounds, new sights, new sensations, new feelings, new everything, then it all changes again. The only things that don’t change are the familiar things from pregnancy – Mums voice, mum’s heartbeat, dad’s voice and any other close family members voices that were present at length during pregnancy.

The act of always keeping baby’s close in this period, ritual or not, is incredibly beneficial to little ones. In the west, it’s often referred to as Kangaroo Care – as it mirrors the type of care a Joey receives. It provides security and reassurance for a baby’s ever-growing awareness of the world around them, providing a safe and secure platform from which they can explore at their own pace.

We actively promote Kangaroo Care in our birth preparation classes and Mummy Mothering sessions because of its incredible benefits, to both mother and baby, during this most critical period – helping them transition from womb to world and pregnancy to parenting.

For more info on the fourth trimester have a look at this blog post – The Forth Trimester – Tips To Aid The Transition.

For another weird custom check out week 71 – Spit in a Baby’s Face… It’s Good Luck!