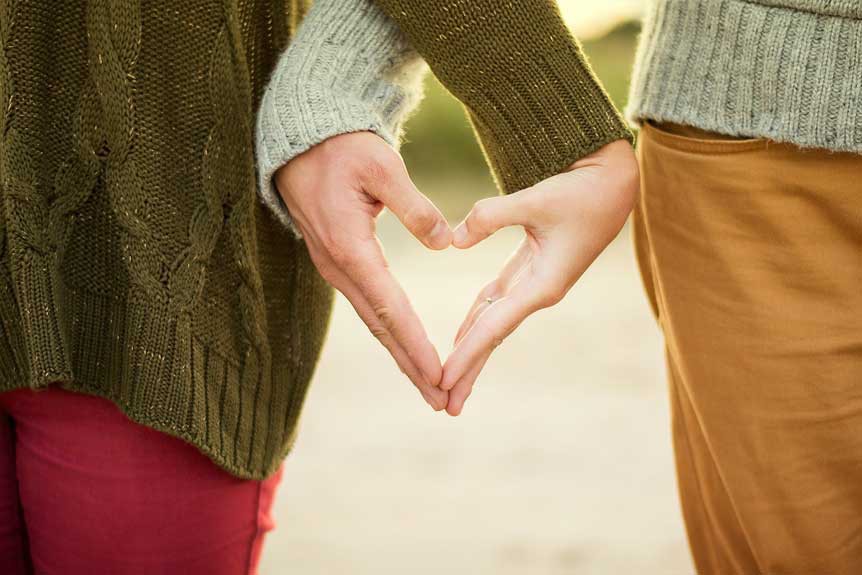 Excuse the 90’s throwback – I can’t say “What is Love?” without hearing this!

What is Love?
Love is an amazing and powerful hormone called… Oxytocin!

It’s Valentines Day. A day to celebrate love, by giving those we love, cards, flowers and presents they love!

So as you start the day with coffee in bed, using your ‘His’ and ‘Hers’ coasters, tucking into your thoughtfully bought Lobster biscuits* together, let me ask you, what is love?

On my search for the answer I found lots of the above, but no actual explanation of what it is that makes us love somebody. I say ‘makes’ us love, because chances are we have at some point in our lives either loved unconditionally or been loved unconditionally. You have almost certainly heard the phrase ‘love is blind’, which suggests we have little control over love.

Oxytocin is also known as the “Hugging Hormone”, it is released when we hug a loved one for more than 20 seconds.

For those of you thinking about passion, or lust, these feelings come from a temporarily increased release of testosterone and oestrogen – and is not true love.

Oxytocin is responsible for many awesome experiences. It’s produced when you’re around those you love, when you fall in love, and it’s what makes you feel amazing when you orgasm during sex. Men might think it doesn’t get any better than that, but as a woman, I can say it’s just the tip of the iceberg.

For women, oxytocin plays a large part not only in conception but also in how we give birth.

While in labour, a woman will experience bursts of oxytocin. This is great because it allows her to deeply relax and her body to release other all important birthing hormones, including endorphins. Endorphins provide her with a natural pain relief more powerful than any drugs the hospital could provide!

Adrenaline is to Oxytocin as Kryptonite is to Superman, they do not mix.

When her baby is born, a woman’s body will be flooded with Oxytocin. It is this that helps cement her love and bond with her baby. How many women say ‘I never knew how much I could love a person until my son/daughter was born!’? I hear this a lot, and it’s easy to understand why, when you know about ‘The Oxytocin Effect’!

I’m going to digress slightly as I’m sure some of you will be wondering about my previous paragraph. If oxytocin in labour releases endorphins and they’re more powerful than any drugs, why does birth hurt so much?! You’re not alone, it’s a question I been asked many times!

Just like your oxytocin release, there are other chemicals you have no control over. One of these is Adrenaline. Adrenaline is to Oxytocin as Kryptonite is to Superman, they do not mix. Adrenaline is produced when your freeze, fight, flight system is set into motion. It’s most effective when we are under threat or being attacked, redirecting our blood to limbs to run or fight the attacker.

Although we do not have the same ‘threats’ as our ancestors, the evolutionary response still stands. Only now, we perceive strangers, unfamiliar spaces, bright lights, vulnerability and exposure as something to be wary of.

Oxytocin is often referred to as the “Shy Hormone”

Now take into account that oxytocin is often referred to as the “Shy Hormone”. Referring to my initial search, synonyms of love included words like attachment, care, relationship, intimacy, tenderness. Oxytocin is also known as the “Hugging Hormone”, it is released when we hug a loved one for more than 20 seconds.

Quite often women labour well in surroundings that are intimate, by this I mean a small safe space, because open spaces mean she is exposed and vulnerable. Oxytocin will flow anywhere she feels safe and cared for, this is why the relationship between mum and her birth partner and mum and her caregivers (strangers) is so important. It’s all about the attachment she has with them and that she is treated with tenderness by those in her presence when she labours.

If not completely serene, mums adrenaline will rise, and as she cannot flee or fight she will freeze! Meaning her body will freeze, she will feel tension, most likely followed by pain! Remember, when adrenaline walks in the door, oxytocin walks out taking the lovely endorphins with it!

If not completely serene, mums adrenaline will rise, and as she cannot flee or fight she will freeze!

Mum will have little control over which chemicals are released, so simply telling her to ‘calm down’ will seldom help. This is why it’s important to know what makes mums oxytocin levels rise. By communicating to her in a language her oxytocin understands you can keep adrenaline at bay.

From an evolutionary point of view, the production of both adrenaline and oxytocin can be seen as survival tools, evolved over time to aid the human race in birth and our continued existence.

So there you have it – Love is an amazing and powerful hormone called oxytocin and it is responsible for much more than making you buy your loved one flowers or lobster biscuits!*

*For those wondering ‘why lobster biscuits?!’ Lobsters mate for life and as so, are seen as a symbol of love. The biscuits I mentioned do exist and can be bought online for an exchange of 8 of your hard earned British Pounds. Enjoy!