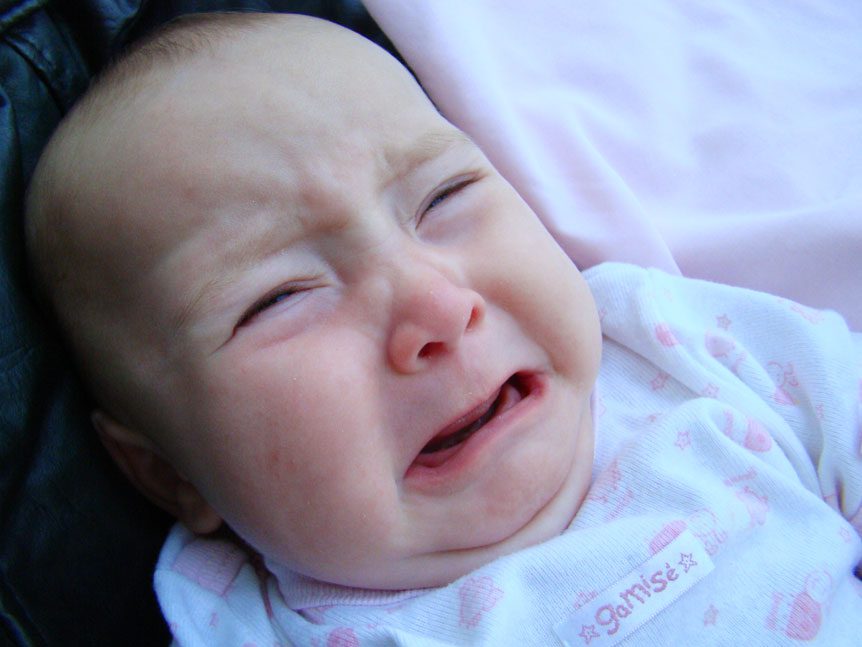 Babies Cry in the Womb, as Practice for Their Big Day!

It’s thought that babies cry in the womb as a way of practicing for their “Birth Day”.

In one study that video recorded ultrasounds of babies during the third trimester, startling each baby with a low-decibel noise against the mother’s abdomen caused them to display traditional crying behavior, such as opening their mouth, depressing their tongue, and gasping irregularly. Researchers even spotted that telltale quivering lower lip.

There was also a 4D scan-based study undertaken by researchers from the University of Durham and Lancaster University. They studied the facial movements of 15 unborn babies from weeks 24 – 36 weeks of pregnancy. They identified six facial movements shown to have a significant relationship to pain and distress and which have been used to identify pain in various populations. These were: lowering the brows, nose-wrinkling, raising of the upper lip, deepening of nasolabial furrows (the furrows are the ‘smile lines’ running from the nostrils to each corner of the mouth), lip-parting and mouth-stretching. By defining combinations of these expressions they hoped to find out how often facial expressions included pain and distress. The researchers say the closure to full gestation babies get, the more progress towards more complex facial expressions they make. In particular, their analysis of facial movements thought to be related to to pain and distress became more complete as the baby matured.

Here’s a video showing the first study, or one very similar to it: