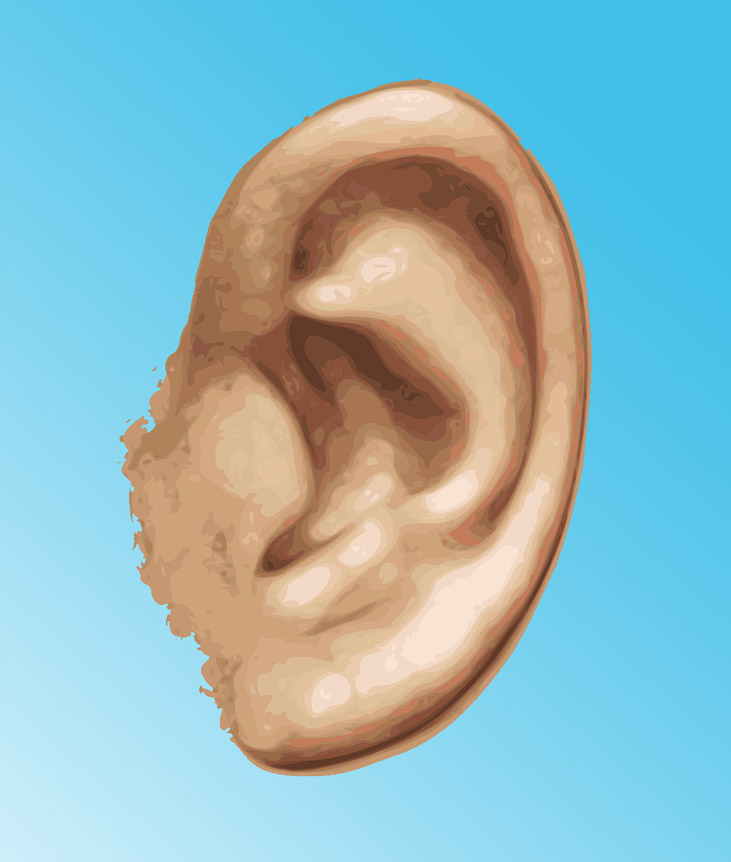 As we develop in the womb preparing for birth, we don’t completely develop any of our senses except one – hearing.

Whilst hearing is not the first sense to develop, it is the first to fully form. The first sense to develop is touch, as we covered back in week 39, where we found out that touch develops as early as 3 weeks gestation and starts functioning at a mere 8 weeks after conception. 12 weeks later, at the middle of pregnancy or around 20 weeks gestation, research shows that the inner ear reaches adult size and becomes fully formed before birth.

The part of the brain responsible for hearing is the temporal lobe, temporal means “of or situated in the temples of the head”, which will give you an idea of its location – near the temples. The temporal lobe is one of the four main lobes or regions of the cerebral cortex – the part of the brain that makes us who we are, it’s responsible for interpreting senses, thinking, perceiving and understanding language. In relation to child development, the temporal lobe is responsible for hearing, talking, separation and independence. It is also involved in several other functions of the body from memory and emotional responses to visual perception and facial recognition.