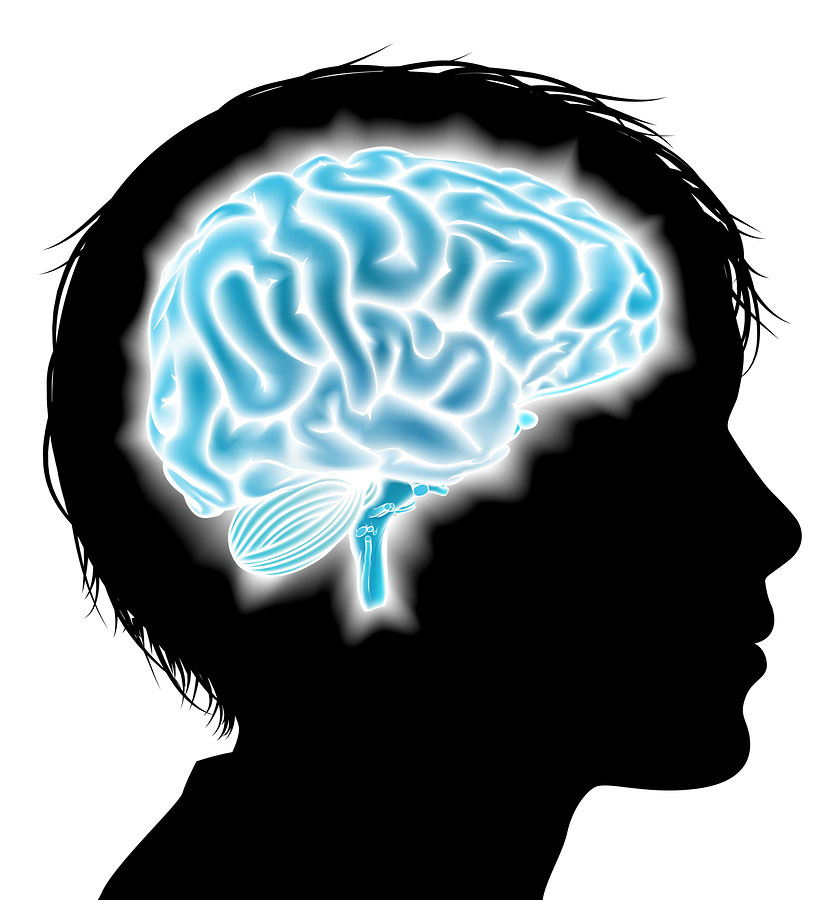 The brain of a newborn is amazing and has the ability to evolve and mould itself into its environment. This is especially true over the first three years of a child’s development – in the first three years the brain undergoes a period of incredible growth and this period is critical for brain development. We covered babies’ brains and their disproportionate weight in week 56 and the huge heads that contain them in week 8.

By the time a child reaches their third birthday their brain will have reached approximately 80% of its adult size. This critical period can have the most dramatic effect on a child’s developing brain and is never more evident than when we look at the extreme differences between the brains of 2 three-year-olds. In research conducted by Dr Bruce Perry, M.D., Ph.D. (PDF) CT scans were taken of a healthy three-year-old and a three-year-old that had suffered “severe sensory-depravation neglect”. The below image shows the healthy three-year-old with a normal sized head on the left and the three-year-old that suffered extreme neglect with a “significantly smaller” head and “abnormal development of the cortex” on the right. 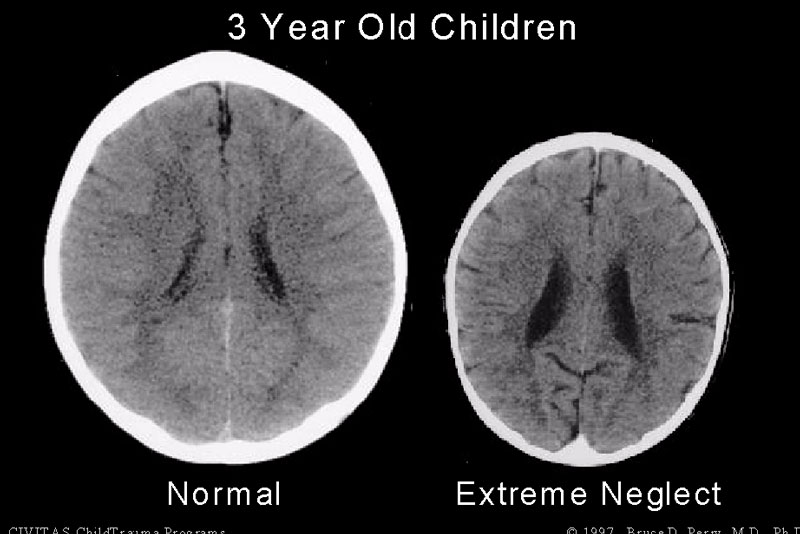