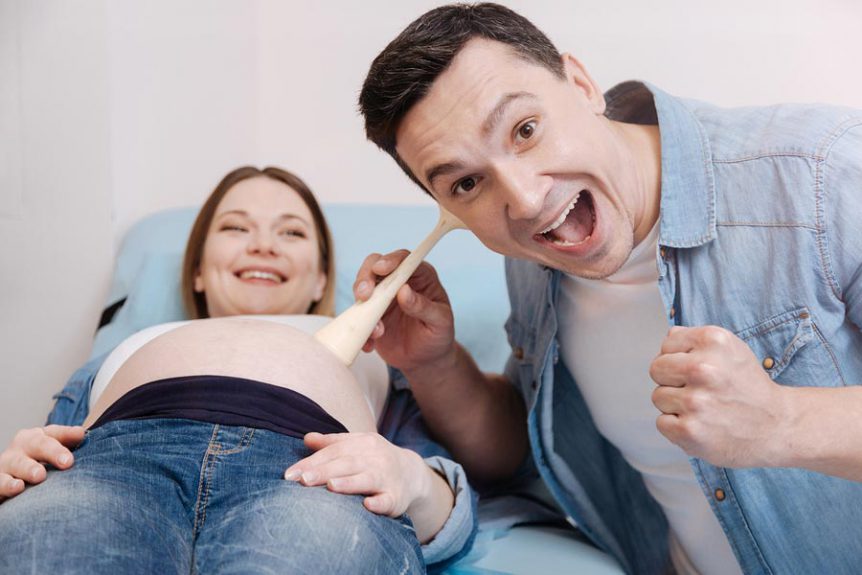 A baby’s heartbeat is first visible on a sonograph (AKA ultrasound) at around 6 weeks gestation, but the muscles in it (the myocardium) may have already been rhythmically contracting or “beating” for 3 weeks.

On average, a baby’s heartbeat will usually range from 120 to 160 beats per minute (BPM). However, a baby’s heartbeat varies throughout pregnancy starting at around 110 BPM at 6 weeks, rising to 170 BPM around 9 – 10 weeks and then decreasing to an average of 130 BPM at full term.

We can use the averages to calculate how many beats a baby’s heart will beat in a typical term baby. A term baby is considered anywhere between 37 and 42 weeks. For more info on how term is defined, check out week 40’s fact – 40 Weeks Is NOT Full Term.

We’ll just look at the extremes, to not bombard you with all the variants…

The fewest beats in a full term baby

The most beats in a full term baby

If this little one was warm and comfy and stayed for the full 42 weeks, and we started counting its beats from when the muscles started contracting (3 weeks) at the upper level of normal, at 160 BPM, his heart would beat 230,400 times a day. Over the course of 39 weeks, it would beat a whopping 64,512,000 times!

It’s often cited that you can tell the sex of a baby by its heart rate. The theory is that girls have heart rates over 140 BPM and boys below. This has been proven to be nothing more than an old wives’ tale – in this study of over 470 babies (with an almost equal split of both genders), they found that the average girls’ heart rate was 151.7 BPM, lower than that of the boys 154.9 BPM.

Back in week 21, we found out that James Gill was the earliest premature baby to ever survive – he was born at 21 weeks. His heart may have beaten as little as 18 million times – little over a third of a full term baby’s maximum. However, if we spin it the other way, it may have reached over 29 million beats, quickly approaching a full term baby’s minimum. We’ll never know for sure, but his little heart kept beating and he still holds the Guinness World Record as the world’s most premature baby.