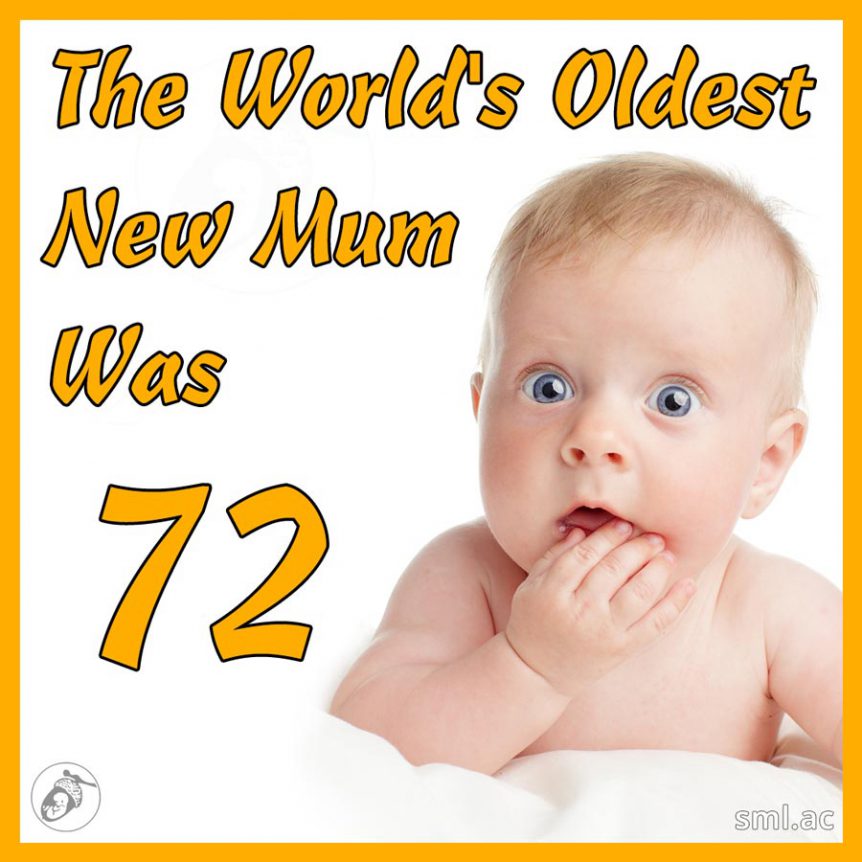 That is NOT a typo!

Whilst this may seem highly unlikely, with the advances in IVF (In Vitro Fertilisation, which literally means “in glass fertilisation”) it has become a reality for many pensioners and this mother was not the first recorded case over the age of 70.

Daljinda Kaur (72) and her husband, Mohinder Singh Gill (79) became parents for the first time, after 46 years of marriage and two failed IVF attempts – 6 months prior to falling pregnant.

Their baby boy, named Arman (meaning “wish” in Hindi) was born ”hearty and healthy” and weighed in at 4.4lb (2kg).

Whilst the clinic states that Kaur is 72, she estimates that she is approximately 70-years-old, a not uncommon scenario in India where many, especially those over the age of 50, do not have birth certificates. It has been stated that “She has said, she is five to seven years younger than her husband, and his birth certificate shows he was born on 12/04/1937”

Anurag Bishnoi, embryologist and owner of the National Fertility and Test Tube Baby centre where Kaur received treatment, stated in a Guardian article,
that the eggs used in the IVF attempts were donor eggs. He’s also noted saying, that he recognised the ethics involved with treating older women – “My point is, if you put a restriction [on receiving IVF treatment] of 45 or 50 years, you will have to put a restriction on the males also. If they are talking about ethics, the [age] should be the same for both.”

However, for reasons unknown (perhaps the lack of birth certificate), Kaur is not the Guinness World Record holder, neither is 70-year-old Rajo Devi who gave birth to a baby girl, conceived at the same centre in 2006. That right is held by Maria del Carmen Bousada Lara – born in Spain on 5th January 1940. She gave birth, via Caesarean, to twin boys – Christian and Pau – a week before her 67th birthday.