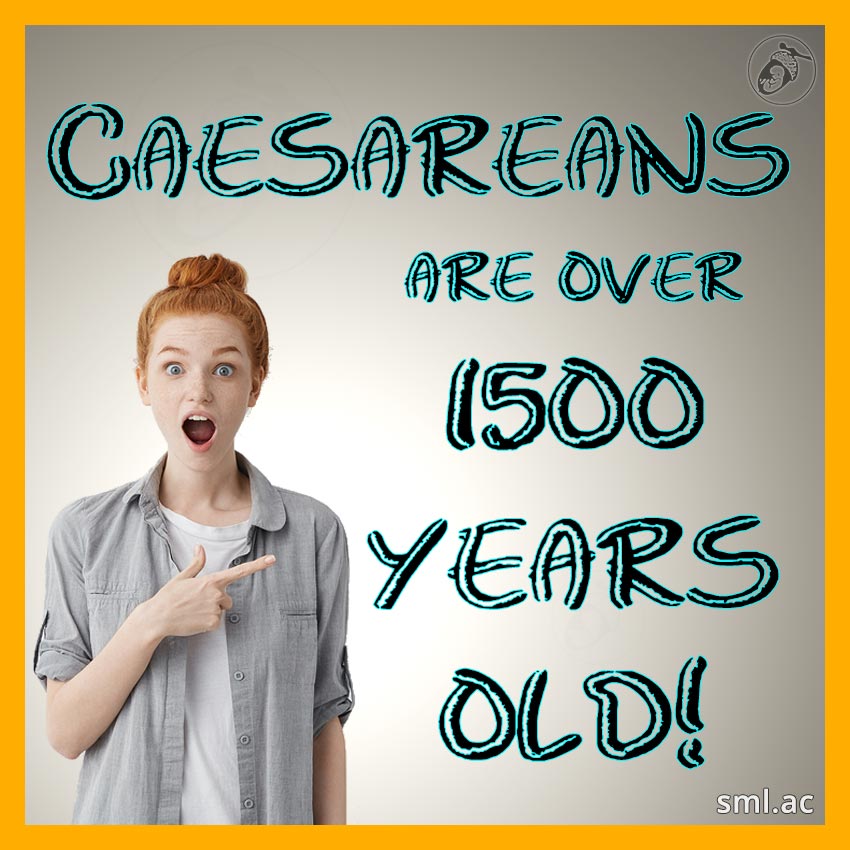 The earliest recorded caesarean dates back to around 300 BC, in the ancient Indian empire of Maurya. The mother of the empire’s second emperor accidentally consumed poison before she could give birth.

Here’s the story as I understand it – The Emperor’s minister used to mix small doses of poison into the Emperor’s food to build his immunity against poisoning attempts. Unaware of the added poison, the Emporer shared his food with his wife. The minister arrived moments too late and to save the heir to the newly formed empire, cut open the belly of the recently deceased wife. There are variants that include beheadings, swords and placing the baby in a freshly killed goat carcass every day for a week!

We can trace the history of caesareans all the way back to around 300BC, and throughout history, there have been many references to cesarean in both western and non-western cultures. From Greek mythology to the texts and folklore of ancient Hindus, Egyptians, Grecians, Romans, Chinese and Europeans.

Despite the long history, it wasn’t until relatively recently that the survival of both mother and baby became more common. Until the 1800s it wasn’t within the grasp of the medical profession for both mother and child to survive such a procedure. Despite very few references to the operation being performed on living mothers, its purpose was to save the baby or simply gain the ability to bury the baby separately from the mother, as was required by some religions.

The earliest recorded dual survivors of caesarean were Beatrice of Bourbon and her son in 1337! She was 17 at the time and later became the Queen of Bohemia. She was living in Prague in the 14th century, the centre of European learning at the time, and was more than likely attended by the leading doctors of the time – lucky her!

To perform any surgery, you first need to have a good understanding of the human anatomy including the organs and tissues involved. 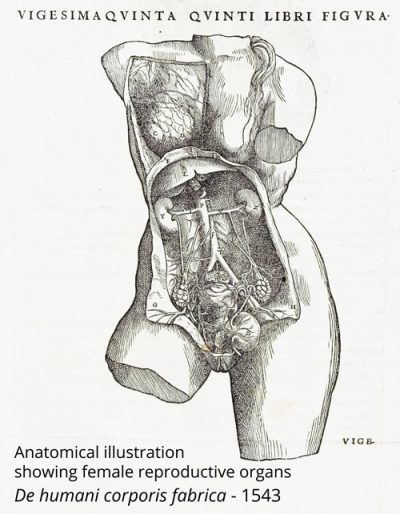 The first point in history when this became widely available was during the Renaissance period, with numerous works depicting the human form and anatomy. It also produced books such as Andreas Vesalius’s monumental general text De Corporis Humani Fabrica (“on the fabric of the human body”). It was a set of seven books and covered all parts of the human anatomy, including the female pelvis.

BONUS FACT – There is a copy of De Corporis Humani Fabrica at Brown university that is bound in tanned human skin!


Rates of mortality dropped with the introduction of antiseptics and anaesthetics in the 1800s and advanced further with greater access to human cadavers in the late 1800s. This advanced our understanding of the human anatomy and enabled medical students to learn anatomy through personal dissection, greatly improving their understanding and preparing them for real surgeries.

The next leap came twelve years after Alexander Fleming discovered penicillin in 1928. It took this long to purify the drug and become generally available in 1940. This dramatically reduced maternal mortality in both caesarean and vaginal births.

Since 1940, the trend towards medically managed births and instrumental deliveries has steadily accelerated. This procedure has saved countless lives and will undoubtedly save countless more. We are as yet to fully understand the long-term impact this will have upon our evolution as a species and it is a hot topic, much discussed, and full of fiery opinions, both for and against.

What we have seen is a dramatic shift from a procedure that for hundreds and hundreds of years, almost always meant the death of the mother and very often her baby, to one with far more favourable odds for mother and child, and which in some circles is considered routine. This transformation, in less than two generations, is something I find incredibly fascinating.