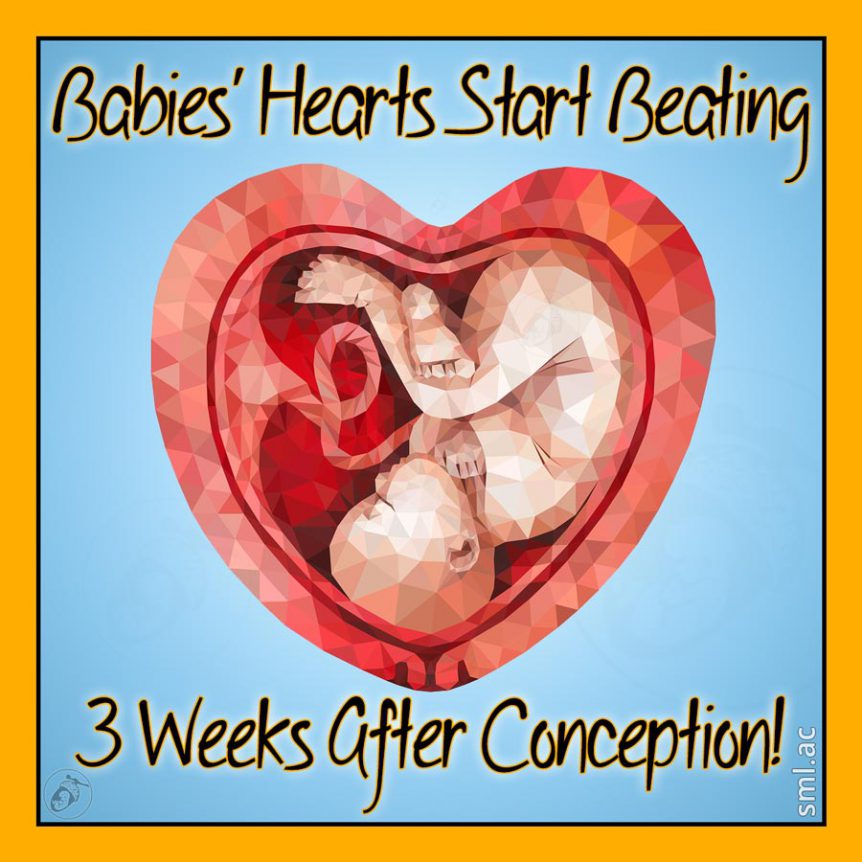 Those of you that remember back to week 75, when we found out that a baby’s heart may beat over 60 million times before it’s born, may remember that we touched upon this week’s fact. We thought that it warranted a week all of its own, so here we are!

A baby’s heartbeat comes into being at only 3 weeks into its development, when the muscular tissue of the heart (myocardium) begins to contract rhythmically. This can be picked up on an ultrasound (sonograph) only a few weeks later, at 6 weeks after conception.

Thanks to the rise of wearable technology and its ability to track our own amazing heartbeat, more and more mums-to-be are finding out they are expecting, even before their hormones are at detectable levels in the typical urine tests.

Women that track their vitals using wearable tech, such as Fitbit, could find out they’re expecting if they find that all of a sudden their heart rate readings seem off. This exact thing happened to David Trinidad when he posted his concerns about his wife’s Fitbit data on Reddit (for full story go here). According to a Fitbit spokesperson, it was the first time they had encountered this type of story from one of its users.

Proper heart development is critical and giving it the best start is something all parents want. However, some mums-to-be could be putting their babies hearts at risk or even worse. The common over-the-counter drug, Ibuprofen, can slow your baby’s heart rate down – not just in early pregnancy, but in particular, the third trimester. Research studies have shown that it can inhibit and may even stop proper development of the baby’s heart. If you must take pain medication whilst you are pregnant, paracetamol would be a better choice. Don’t take our word for it, check with your healthcare provider to find out what’s best for you.

Our heartbeat is something we live with all of our lives and give very little thought to, for the most part. Yet it’s likely, that for the first weeks and months of our existence it was the only thing that our parents yearned to hear and cherished every beat when they did.