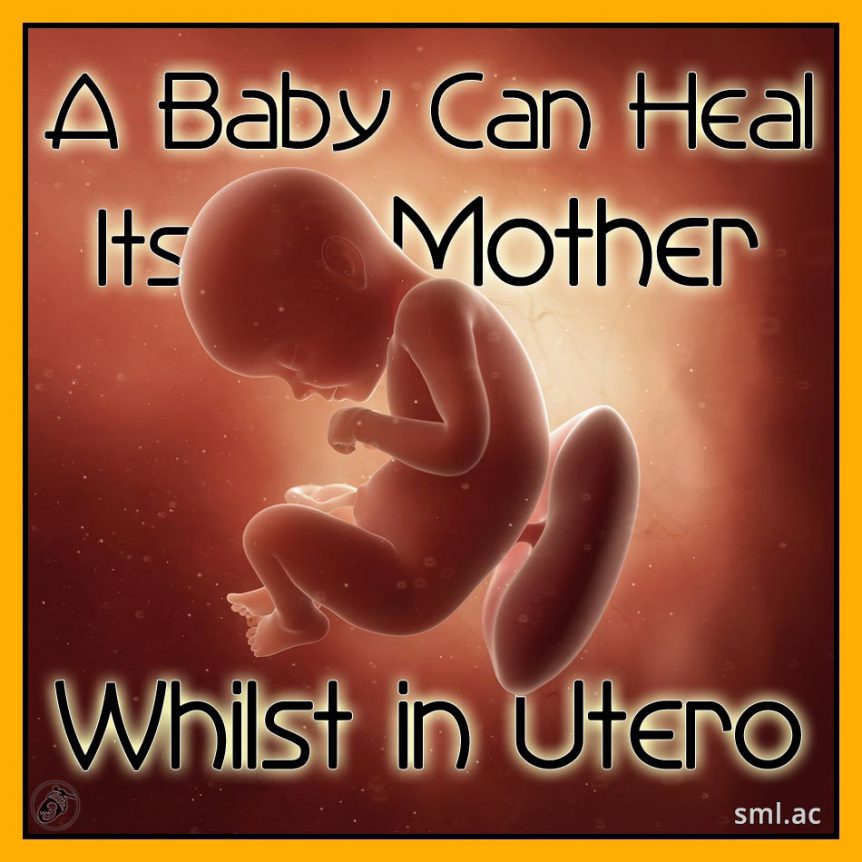 Mothers’ bodies undergo many changes throughout pregnancy and often the only lasting visible memory are stretch marks, that is unless you’re one of the fortunate 10% that don’t – as we discovered way back in week 29. Another lasting effect for some mothers is that they can carry cells from their baby for many years to come.

This happens because of something called microchimerism. Microchimerism is when there is the presence of cells from another individual in the host’s system. They are genetically different and have separate DNA.

The placenta separates the baby’s blood flow from the mother’s. However, every now and then, a handful of the baby’s cells pass through this barrier and lodge themselves within the mother’s body.

Scientists have found these cells can persist for decades and have even shown up in the mother’s brain. There is mounting evidence that babies (in utero) can send stem cells to a mother when she incurs damage to organs. Stem cells are the building blocks to make virtually any type of cell, they can become brain cells, blood cells, nerve cells, muscle cells, etc.

The most fascinating of all the findings are from a study based on mice (there is a wide body of evidence that suggests it could occur in humans too). They wanted to know whether or not an unborn baby’s stem cells were actually healing maternal organs as suspected. They were able to tag and trace baby’s stem cells using a fluorescent protein. The mothers sustained cardiac injury and the researchers were able to trace the flow of the baby’s stem cells from the placenta, directly to the site of the damaged cardiac cells and fully integrated themselves there, thus repairing the damaged heart!

Science is barely scraping the surface of the amazing symbiotic relationship between mother and baby. There are many ways mothers and babies interact, but healing our mothers – even before we’re born, is one of the most fascinating ones I’ve learnt to date.