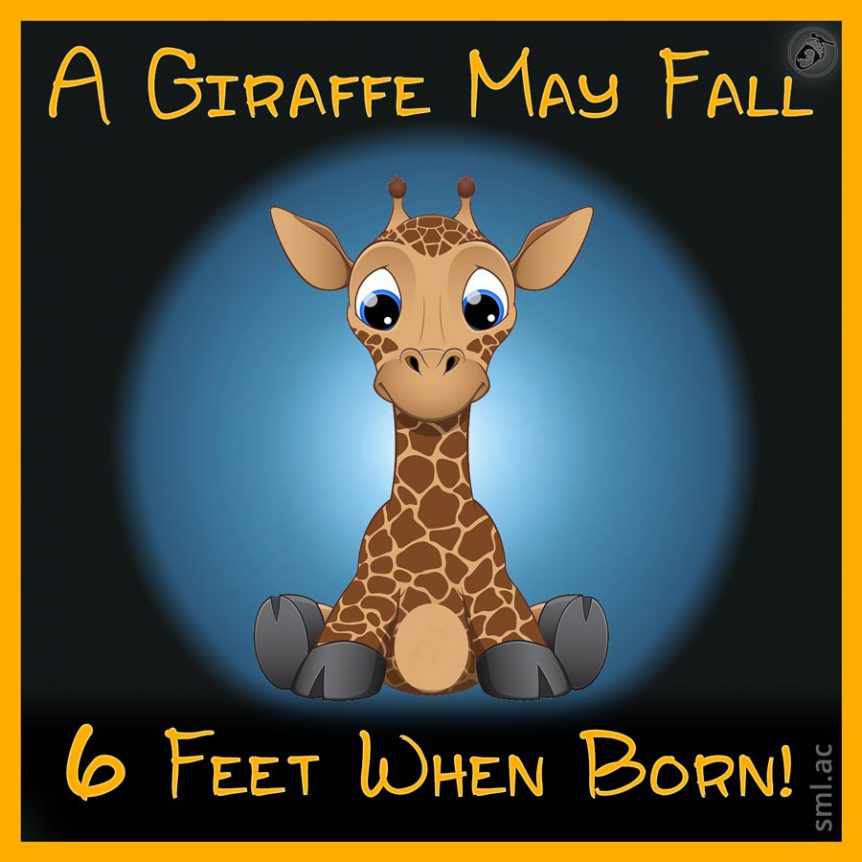 This week’s sojourn is looking at giraffes and their journey into this world. Now, this isn’t the first time we’ve encountered giraffes during our Fun Fact Fridays either. In week 58 we found out that if we grew like a baby we’d be over 22 feet (6.8m) tall! It was here that we encountered George – the largest ever male giraffe, and Shackie – a female giraffe and the tallest ever recorded land mammal.

Baby giraffes quite literally fall into this world. They often fall further than we, as humans, are tall. Luckily for them, they’re pretty tall at birth (5 feet), so whilst 6 feet may seem like a long drop, they probably only drop a foot or so. Luckily for us, we tend to enter without a drop or the resulting bump, although it has happened – as some midwives will attest!

Take a look at this video from the Aspinall Foundations Port Lympne Reserve in Kent, showing the birth of a giraffe caught on “Keeper Cam”!


Giraffes are pregnant for 15 months

They can reach speeds of over 30mph

They require one of the shortest amounts of sleep of any mammal, somewhere between 10 minutes and 2 hours per 24 hour period