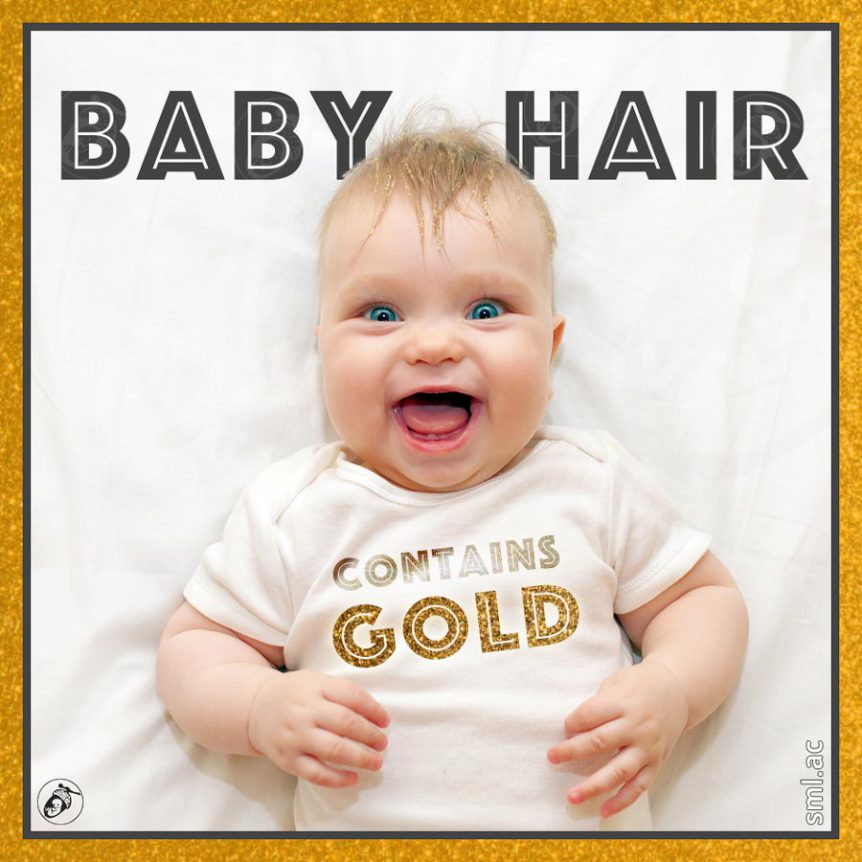 That’s right, gold! But before you grab the scissors and an envelope addressed to cash4mychildshair.com you should probably consider how much gold that hair will actually contain.

Hair’s main ingredient is keratin, a protein that is a key ingredient in many other things – from our toenails and our teeth to birds’ beaks and rhino horns. It is incredibly strong when thick, yet flexible when thin.

It’s the trace elements that are the most interesting, especially how they change in a baby’s hair within the fourth trimester. This study looked at the levels of zinc, copper, manganese and gold in babies’ hair at various points within its first year or so. They took samples on their 1st day of life, between 63 – 109 days, then between 200 – 240 days and lastly between their 368th and 478th day of life.

The most interesting finding from the study showed “…that in the first three months of life zinc, copper and gold contents shows a considerable increase to multiple levels of the birth values, followed by a decrease…There are significant positive correlations among zinc, copper and gold contents in hair. It must be emphasized that gold, although classified as a non-essential element, behaves in the hair of infants just like the physiologically important essential trace elements zinc and copper.”

Let’s take a look at that in a measurement you would expect for gold – grams (or troy ounces, but that’s harder to imagine!). 100ppm is the same as 0.1g per kg and that means you would need over 10kg of hair to even come close to a gram of gold! So put your scissors away and let your little one’s locks grow wild and free!