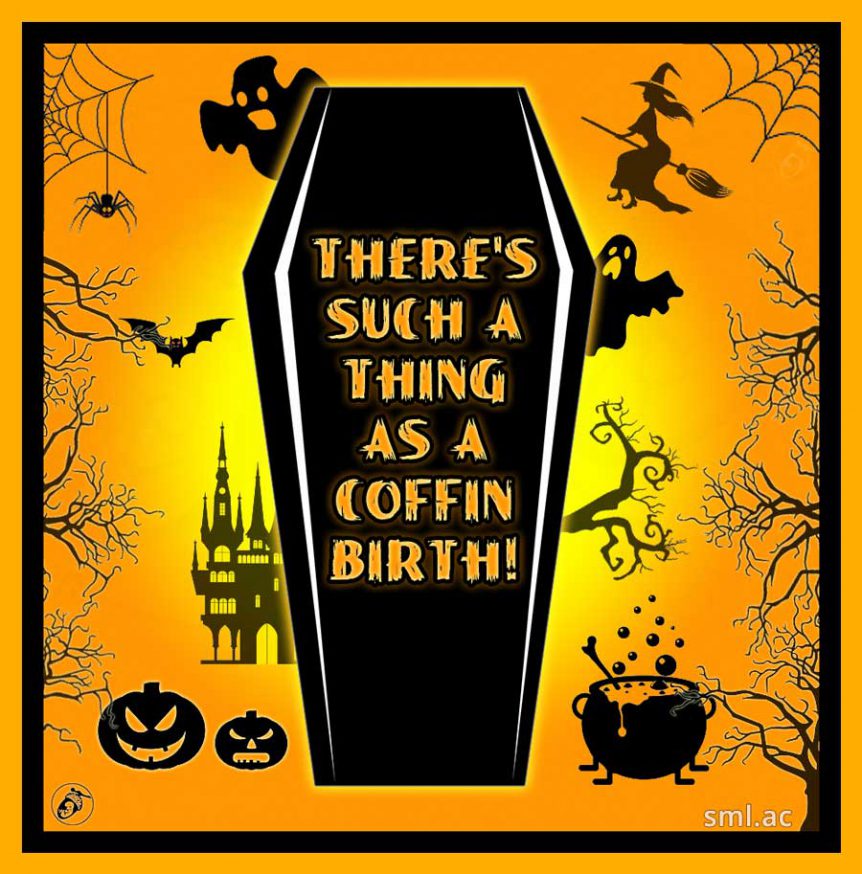 Fun Facts are what we’re usually known for on Fridays. However, with Halloween just around the corner, we thought it only fitting to provide you with a “Freaky Fact Friday” instead. If you’re of a sensitive disposition then reading on may be ill-advised. We will be covering subject matter that is not for the faint of heart and if you’re pregnant you may wish to skip this one.

You have been warned!
I am aware the following content may be triggering and I wish to read itclick to view post
Whether or not you've viewed this week's fact, thanks for taking the time to look. Rest assured, we will be back to a normal, less freaky, all inclusive, Fun Fact Friday next week!

When we die, our bodies undergo changes that involve the plethora of microbes that colonise our body to go into overdrive to help with decomposition. If the natural process is allowed to take its course, lots of gas (methane and CO2) will be produced by bacteria as a by-product as they break down the body. These gases cause bodies to swell, bloat and distort in a macabre pantomime of balloon elasticity. Fortunately, this process is often curtailed with the common practice of chemical preservation, where a body is drained of its natural fluids and the gaseous bacteria with them.

If unhindered in their gas producing ways, these bacteria could cause some startling effects if the deceased person were a pregnant woman. The produced gases often create pressure in the abdominal cavity and the organs within it. This pressure can squeeze the uterus so hard that it forces the unborn fetus out through the vaginal opening in a process technically known as postmortem fetal extrusion or commonly referred to as a coffin birth!

There have been some, but relatively few, cases of this strange phenomenon over the past several hundred years and coffin birth is considered the Loch Ness Monster of death phenomenon, with some denying it even happens. The earliest recorded case was in 1551 when a victim of the Spanish Inquisition, left hanging at the gallows was recorded as “giving birth” hours after her execution.

There are other recorded instances till present day, maybe a few per century (that I could find), and they are sparse of any real detail. It wasn’t until a medical compendium was published in 1896 that any were documented together. The medical compendium is still used today, but the part including coffin birth has been excluded since its 13th edition that was published in 1966.

Fortunately, modern practices have all but eliminated this gruesome happening and there appear to have been only a few occurrences in recent memory. There is a YouTube channel called Ask A Mortician where this subject is covered in a bit more detail. As a bonus fact, it’s also mentioned that there are, not one, but two metal bands that carry the name - Coffin Birth!

For those of you that have made it this far, Happy Halloween!
We use cookies to ensure that we give you the best experience on our website. If you continue to use this site we will assume that you agree to the terms of service. OkMore info