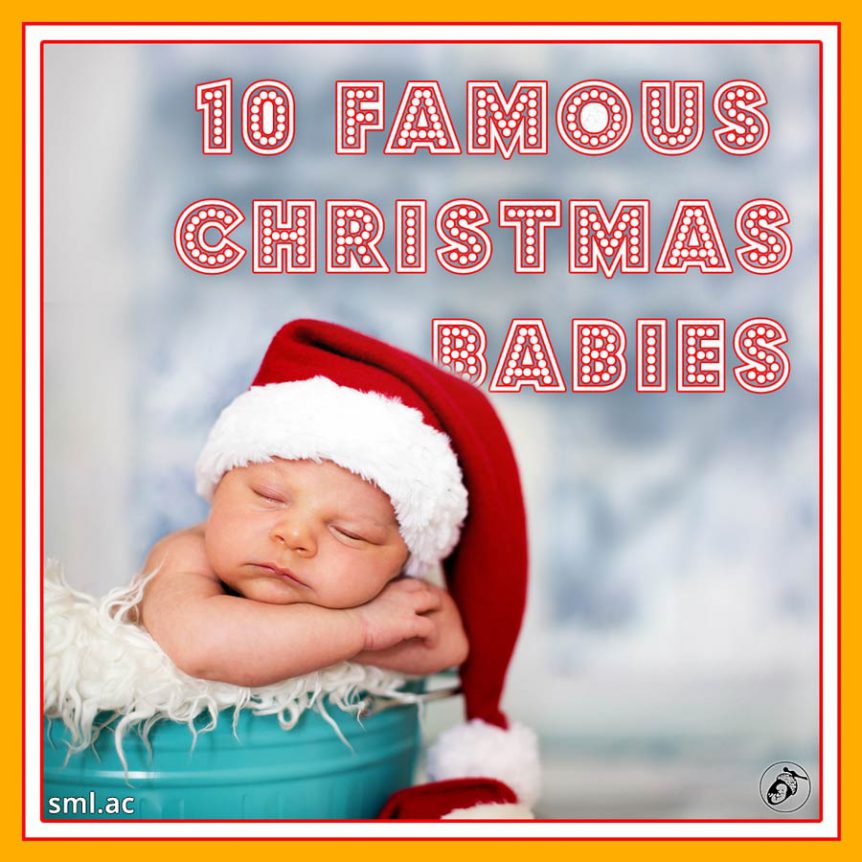 It’s very nearly Christmas day and we thought we’d have a bit of festive fun. Today we’re going to take a look at 10 famous figures who were born on Christmas day, one of whom actually composed arguably one of Christmas’s best ever songs

Most of you probably have never heard of Conrad Hilton, but I bet you’ve all heard of the hotel chain he founded. That’s right, Conrad Hilton is the man behind the Hilton chain of hotels.

Robert Ripley is the man behind Ripley’s Believe It or Not – the home of bizarre oddities and curios.

Sir Isaac Newton was a British mathematician, astronomer, theologian and physicist. He is probably best remembered for his theory of gravity after an apple fell on his head whilst sitting in his mothers garden.

Humphrey Bogart was a famous American actor who rose to fame in the 1940s. His most notable acting role was his Oscar nominated role as Rick Blane in Casablanca. It was in this role that he uttered those immortal words “Here’s looking at you, kid!”

Armin van Buuren is a Dutch Dj and producer most famous for his radio shows and compilation albums, both called A State of Trance. In the UK he is probably best known for the 2013 Grammy nominated hit, “This Is What It Feels Like” featuring Trevor Guthrie, that reached number 6 in the UK charts.

Dido is an award-winning singer-songwriter, hailing from our neck of the woods, here in London, UK. She’s probably best known for featuring in Eminem’s “Stan” and her Grammy nominated and BRIT award-winning single, “White Flag”.

Annie Lennox is another award-winning British singer-songwriter, this time hailing from Scotland. She has a long list of awards and accolades to her name.

Some of these awards were for her time as the lead singer in the Eurythmics, where they released a long line of hits including “There Must Be an Angel (Playing with My Heart)”, “Who’s That Girl?” and “Sweet Dreams (Are Made of This)”.

She continued to amass awards in her solo career too, with tracks such as, “Why”, “No More I Love You’s” and “Walking on Broken Glass”.

Cab Calloway was an American jazz singer and band leader, leading one of the most popular jazz bands in the 1930s and 40s. He became known as “The Hi De Ho Man” after his 1931 hit, “Minnie the Moocher” and made a popular appearance 50 years later, performing the same song in “The Blues Brothers” film, starring John Belushi and Dan Aykroyd.

Cab was also the first artist to perform “I’ve Got the World on a String” that later became immortalised with covers by Louis Armstrong, Bing Crosby and Frank Sinatra to name a few.

It has been noted that he was very likely one of the inspirations for the iconic dance move made famous by one of Bev’s idols – Michael Jackson’s moonwalk. When Cab performed his similar move in the 30’s and he’s noted as saying “it was called The Buzz”

Seeing as Christmas is just around the corner, we’ve left our number one spot to the writer and co-singer of arguably the best Christmas song ever…

Merry Christmas to you all