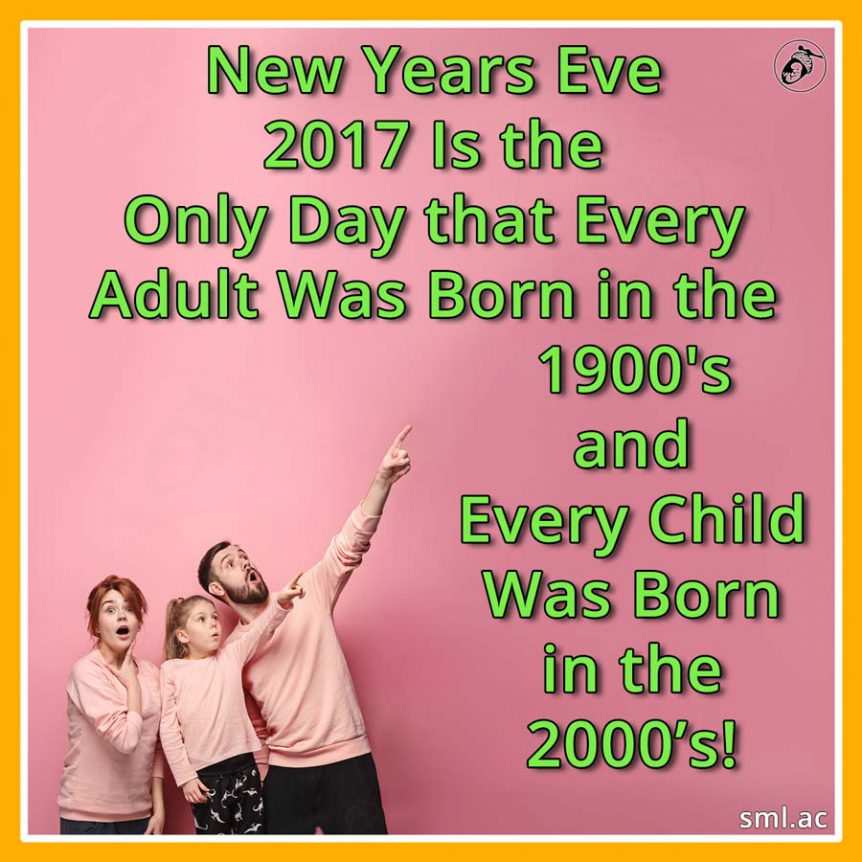 This New Year’s Eve is a special one for many – the first for some newly arrived, and for the mums and dads, the first as parents. This year, however, marks a special time that only comes around every 1000 years.

This New Years Eve (2017) marks a momentous point in time that can only be attained once every 1000 years. This is the only day when all adults were born in a different millennium from all of the minors – so EVERY child was born in the 2000’s and EVERY adult was born in the 1900’s.

If that hasn’t made you feel your age, here’s some things that will be 18 years old in the coming year…

The year 2000 saw the release of some timeless films:

It also saw a memorable year of UK Number-one singles, here’s the highlights:

…and that year’s Christmas number-one spot went to…

Can We Fix It – Bob the Builder