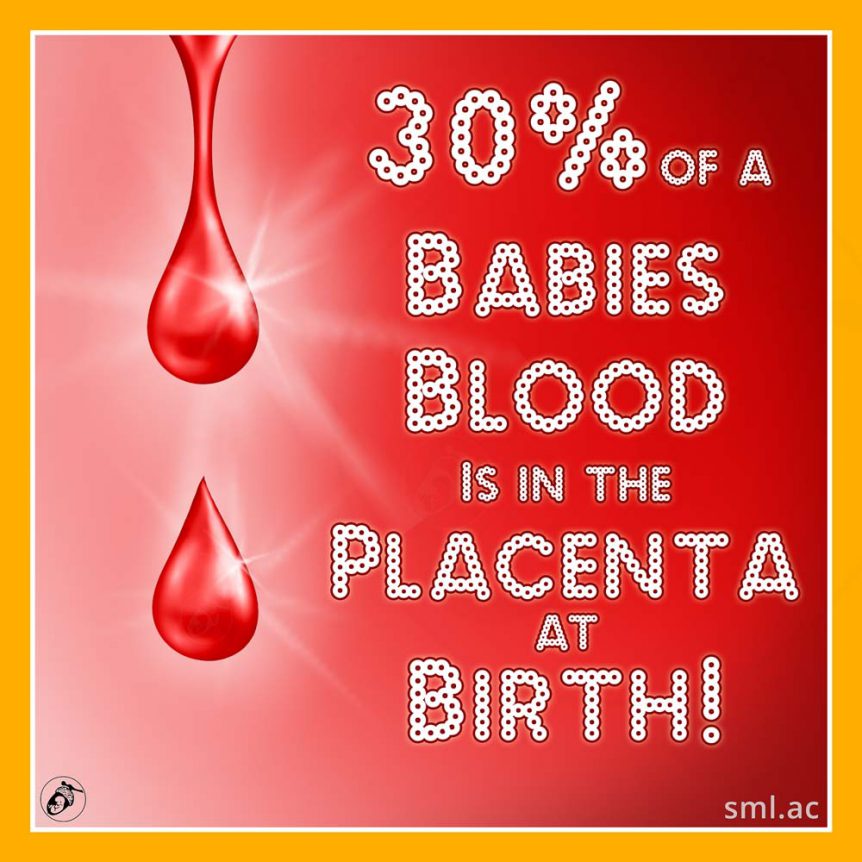 For its first months, a baby lives in a world where its heart pumps and its blood circulates, but it breathes no air and lives in an environment where no air exists. Yet it receives all the oxygen necessary to thrive, and all the carbon dioxide that needs to be removed is taken. If breathing were defined as a simple gas exchange (oxygen for carbon dioxide) then that is exactly what an unborn baby would be doing, with the help of its lifeline, a miraculous organ – the placenta.

The placenta is the middle-man, a defender and protector, an organ designed for the baby, to help it thrive and grow and protect it from the outside world, and in some instances, its own mother!

The placenta is an amazing organ that has a crazy number of functions. Aside from enabling a gas exchange between baby and the mother’s own blood supply, it provides many other functions, including the most obvious – connecting the mother and baby.

It’s the sole provider of sustenance, providing all the nutrients necessary for an ever-growing and developing a baby. It has even been shown that placental metabolism plays a key role in limiting the transfer of some nutrients, namely fatty acids.

Along with removing carbon dioxide, via the gas exchange, it also serves to remove other unwanted products, such as urea, uric acid and creatine.

It helps with immunity, allowing antibodies from the mother to pass through to the baby (this process starts around 20 weeks), while blocking harmful microbes at the same time.

The placenta also releases many hormones essential for pregnancy, labour, birth and in preparation for the fourth trimester.

The function most relevant to today’s Fun Fact is that during pregnancy the placenta acts as a reservoir for the blood, increasing or reducing as required to regulate the baby’s blood pressure. For the electronics nerds amongst you, it acts just like a capacitor. This fundamental function becomes pertinent at birth, especially with the global adoption of immediate cord clamping that started in the 1960s.

This came as a consequence of the discovery of oxytocin in the 1950s and its synthesis, a year later. This led to the introduction and use of oxytocic drugs (oxytocin-like drugs) during labour and active management of the third stage.

It has become so routine, as to appear normal, permeating every part of our society and giving the impression that it must be done, has to be done, and is the best thing to do. Yet we only started doing it 50-60 years ago and with little thought for the baby! Until recently…

In 2010, this study showed that early cord clamping can deprive the newborn of up to 214g of blood, equating to around 30% of their intended blood volume.

In 2011, this study showed that babies who had immediate cord clamping had higher incidences of iron deficiency anaemia at 4 months. Anaemia is caused by a lack of red blood cells – when the cord is immediately clamped, these valuable red blood cells are left behind.

A follow-up study was published in 2015 and included 69% of the participants from the original 2011 study. This study showed that immediate cord clamping (study defined as within 10 seconds of birth) had a negative effect on the fine motor skills of boys. In other words, those boys that had delayed cord clamping (study defined as 3 minutes after birth) showed better fine motor skills at 4 years old than those who’d had immediate cord clamping! The effect was not noticeable in girls, the thought being that girls were less affected because they are born with iron stores.

It’s also worthy of note that the blood that gets left behind has very high concentrations of stem cells, which are critically important in development throughout the baby’s entire life. These are the same stem cells that have the ability to heal damage the mother may sustain whilst pregnant, something we covered in week 89.

Along with these studies came the work and campaigning of individuals. Judith Mercer, professor of midwifery in the USA, has compiled extensive research showing the positive effects of delayed cord clamping on premature babies and recommends a minimum delay of 5 minutes.

Then there’s the amazing Amanda Burleigh, a midwife from the UK, who spent more than 10 years campaigning for delayed cord clamping and with help, managed to instigate change in the UK-based guidance for cord clamping.

In 2012, The Royal College of Midwives changed their guidance to say that delaying the cutting of the cord is the best practice.

Another victory occurred in 2014, with the introduction of NICE (National Institute for Health and Care Excellence) guideline CG190, that stated that in physiological 3rd stage (non-medicalised period after the baby is born, but before the placenta is ejected), should include no clamping of the cord until pulsation has stopped. This guidance also freed up practitioners to change their own methods of working, without resistance.

It’s worth noting that the placenta does not stop working once the baby is born. It will keep supply the new bundle of joy with everything it needs for many minutes after – that’s how babies can be born into water. The placenta is designed to cater for all the baby’s oxygen needs as it begins to open its lungs and breathe for the first time.

We’ve purposely kept this week’s fact for our centenary – our 100th Fun Fact Friday, and also our very first appearance on YouTube. Delayed cord clamping was the focus of our first ever blog post, the post that launched Small Acorn into being.

It was an article on delayed cord clamping that was one of our very own Small Acorns, it appeared on a timeline long before we were considering children, but stuck with us. When our time arrived it was this article and a conversation triggered by another article, that set us on our path.

For those of you that have never had the chance to see how an umbilical behaves check out the picture below, taken over the course of around 15 minutes, from Nurturing Hearts Birth Services