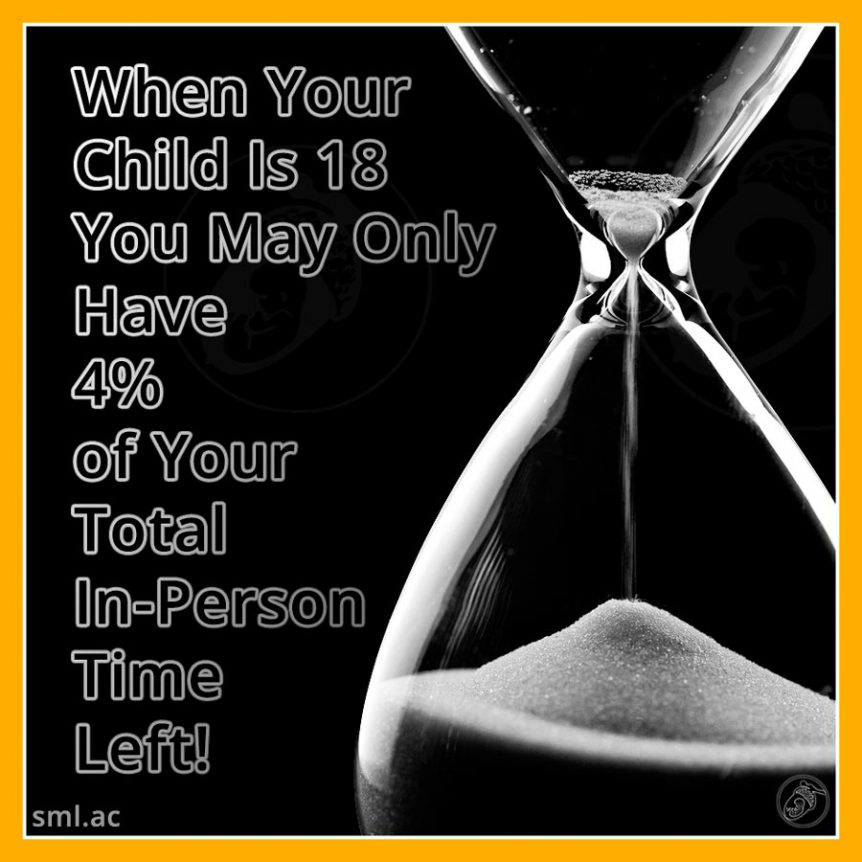 This weeks fact isn’t so much fact, as an observation. It was sparked by a post called “The Tail End” from waitbutwhy.com. In the post, Tim Urban reflects on a previous article, where he laid out the human lifespan – visually. Essentially, it showed dots that represent a human lifespan, in years, then months, then weeks. Whilst reflecting on this, he realised that instead of measuring life in units of time, he could measure it in units of activities or events.

The most striking part was towards the end of the article, where he began looking at the amount of time he’d already spent with family and friends, and the time he had remaining with them. This is what sparked this week’s fact.

He worked out that if he was lucky enough to still have his parents by the age of 60, he’d have spent 93% of his in-person time with them by the age of 18 and was now into his last 5%.

We can do some quick maths and see how these may affect us, based upon some liberal numbers.

These are very broad, liberal figures, but they illustrate 2 things –

How limited the remaining time is to spend with our own parents.

Whichever resonates most with you, it’s clear that our face-to-face time with loved ones is limited to a far smaller amount than most of us realise. Making the most of that time should be a priority and we should treat that time as exactly what it is: Absolutely precious!