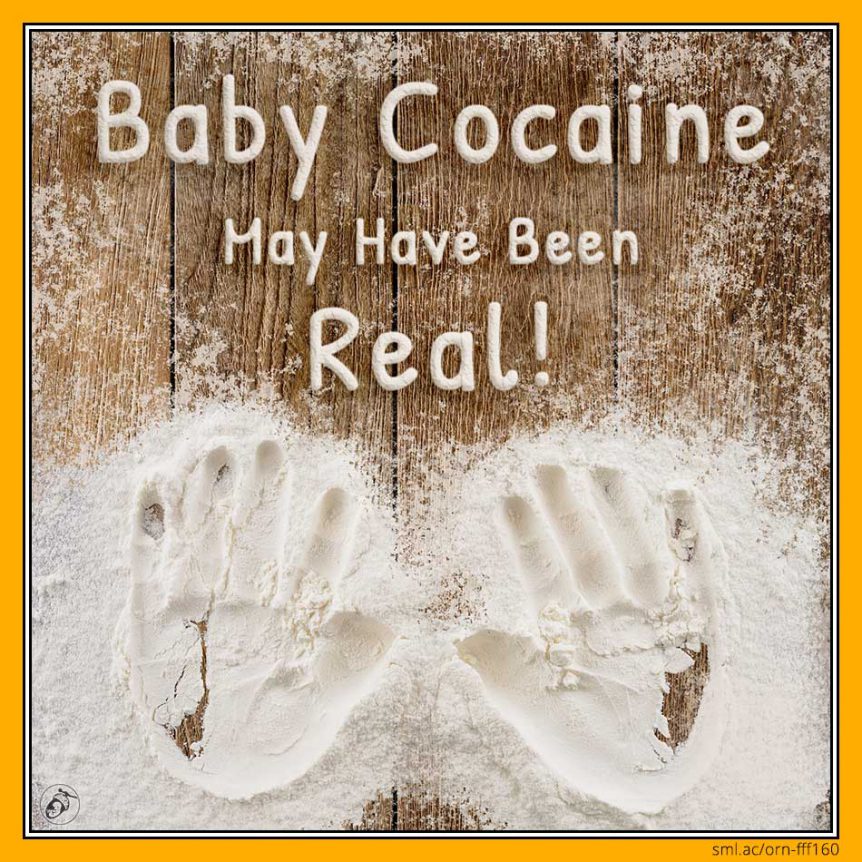 Baby Cocaine May Have Been Real!

“It’s a nootropic, sort of… but, it can also cure depression, sinusitis, tiredness, eating issues, and even impotence…”

The sleep-deprived glaze falls back, they listen intently

“Oh yeah, and this is the best thing; its completely legal… and someone else said it’s great for curing children’s toothaches…”

Eyes agog. They feel as though their prayers have been answered

“Isn’t your little one teething at the moment?”

This is the sort of conversation that could have happened anytime within the past few hundred years. But, what if we told you it was around the turn of the twentieth century and the drug in question was cocaine.

If you’re struggling with a teething child, hang on in there, this too shall pass. We will be covering ways to help in the coming weeks. In the meantime, knowing when you can expect each tooth to make a break for it, can make it easier. That’s why we made our really easy teeth arrival chart for you. It’s available for free, via the links in the description.

This is the 5th instalment of our series on teething and if you like this week, we urge you to check out previous weeks. We’ve found out when those pesky pearly whites arrive, that we once treated teething with opium and mercury and that we even thought teething could cause death.

Said to boost the personality of their offspring and that it was never too soon to start, colas were once marketed to parents. The most popular cola, famous for supposedly turning father Christmas’s suit red and for their domineering advertising campaigns over the festive season, is Coca-Cola.

Coca-Cola derives its name from coca leaves that were once part of its patent medicine and are also where cocaine comes from. Originally invented in 1886, Coca-Cola was first marketed as a nootropic and panacea for nerves. Adverts of the day called it an “intellectual beverage” and “a valuable brain tonic, and a cure for all nervous afflictions”.

Cocaine wasn’t only available in a carbonated beverage, but in tablet form too. The most notable ones were contained in a little bottled labelled “Forced March”. Forced March is probably best known for being a useful addition to the packs of south pole explorers, Ernest Shackleton and Robert Scott. During those explorations, they are also noted as curing snow blindness by dripping cocaine into the eye.

Forced March tablets were also incredibly popular with soldiers during World War 1; helping them to endure the relentlessness of trench warfare.

Forced March was a combination of cocaine and Kola nut extract. The kola nut contained both caffeine and theobromine. Theobromine popped up in week 128 when we discovered that it is a stimulant similar to caffeine, is found in chocolate and is also the ingredient that makes chocolate deadly to dogs.

Cocaine became a popular non-medical stimulant that appeared in many medicines of the time. Marketed as a treatment for sneezing and runny noses, depression, sinusitis, lethargy, alcoholism, and even impotence. It was also used as a topical anaesthetic and was available as a tonic, lozenge, powder and even used in cigarettes.

Popular at the time was Allen’s Cocaine Tablets. They could be purchased for just 50 cents a box and offered relief for everything from hay fever, catarrh and throat troubles. They also claimed it could cure nervousness, headaches, and sleeplessness.

The irony though, was that the side effects could actually cause many of the ailments it was claiming to cure – lack of sleep, eating issues, depression and even hallucinations.

It was also marketed to cure toothaches.

As cocaine use took hold, it wasn’t long before manufacturers realised that it could be marketed to children with “Cocaine Toothache Drops – an instantaneous cure”.

Cocaine literally “forced marched” its way into the minds of adults everywhere with its association of curing toothaches in children. Whilst there is little evidence, it doesn’t take much of a leap to see where some desperate parents of teething babies would have ended up.

Cocaine did, however, prove to be a great numbing agent during dental procedures. Because of this, it paved the way for the dental anaesthetics that we know today.

BONUS FACT
Redheads have a resistance to “Caine” based local anaesthetics. These type of anaesthetics are most often used at the dentists and can mean redheads need extra doses to gain the same numbing effects.

In 1905, Procaine arrived. It came with all the desirable effects of cocaine but lacked its addictiveness and some other negative side effects. It quickly replaced cocaine in dentistry and was the analgesic of choice for decades. But, procaine did have its own set of drawbacks. So, many years later, a new generation of “Caines” came in to replace it that are currently in use today. The most popular dental aesthetics today are lidocaine, prilocaine, articaine and mepivacaine (mep ivver cane).

Procaine was also marketed under a brand name that many of you will probably be familiar with; Novocaine. Novocaine spurned many musical hits; Novocaine by Fall Out Boy, Give Me Novocaine by Greenday, Novocaine for the Soul by the Eels and a personal favourite; Holy Roller Novocaine by Kings of Leon.

Some modern teething powders have gained the name “baby cocaine”. Many think that modern variants can’t possibly be as harmful as the real thing. But, some of them could be and we’ll be diving down that rabbit hole in weeks to come.

Cocaine set us on the path to better, more comfortable times at the dentist. But, we’ll never know how much cocaine found its way into the mouths of babies. Whether through ignorance or desperation, we’ll never truly know how much damage this drug may have caused.

Cocaine is not the only drug that found its way into baby mouths in a fight to ease the discomfort of a teething baby. Many of us may have heard stories of people putting beer in their bottle, or fizz in their formula, or mead in their milk, or Drambuie on their dummy, or tequila on their teether… you get the picture! Alcohol has long been used to “cure” teething pain.

In next week’s fact we’ll be taking a closer look, along with a very dodgy drug given to children when they were scared or nervous at the doctors. A drug that is currently used in assisted suicide and to administer the death penalty!