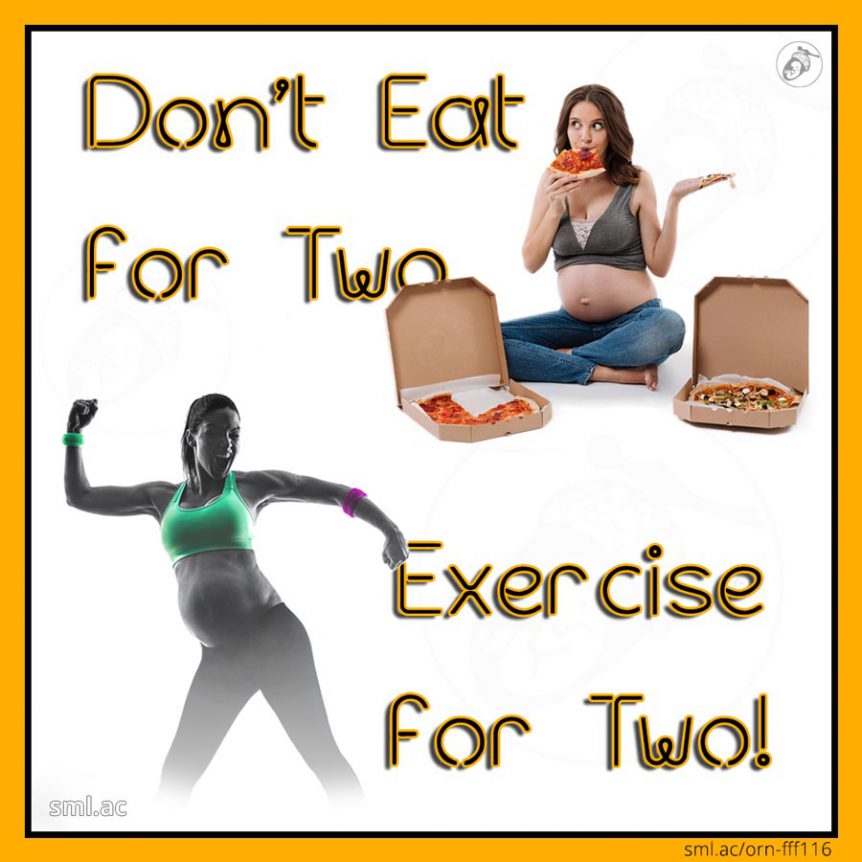 Pregnancy often appears to give a plausible excuse to indulge, we’ve all heard the “I’m Eating for Two” line – It sounds great to the uninitiated, but in actuality, it’s utter bullshit! The number of extra calories a pregnant mother needs is far, far fewer than most realise!

The actual amount of calories a pregnant woman needs is widely misunderstood. In a study of over 2,100 women from across the UK, more than 85% said they did not know how many calories to consume during pregnancy. Of the women that were pregnant, 69% of them lacked this knowledge.

In the same survey, 63% said they felt under pressure to eat larger meals, 46% said that they’ve used the “Eating for Two” excuse occasionally to justify eating unhealthy foods. But one of the most troubling findings was that 25% said that they use the ”eating for two” excuse all the time to justify unhealthy eating.

However, these are not the recommended allowances in the UK. The National Institute for Health and Clinical Excellence, aka. NICE – the body responsible for setting NHS standards – recommends that there is no need for any extra calories in the first six months and women only need an extra 200 calories in the third trimester – That is just 10% extra for the average woman AND only in the last three months. A breastfeeding mum actually needs more calories than a full term pregnant mother!

A look on the NHS’s Start 4 Life website says that you should “Eat for you, not for two”, but we say “Don’t Eat for Two, Exercise for Two!” The reasons for this are twofold –

Regardless of the advice or evidence you’ve received – your body will never require double or even an extra 50% extra calories during pregnancy. Remember you only need an extra 10% and that’s only in the last trimester.

B – When you exercise in pregnancy you are actually improving baby’s health as well as your own:

Exercise in pregnancy is known to lower maternal blood pressure, ease musculoskeletal pain, reduce swelling, improve mood, reduce the likelihood of developing gestational diabetes, improve postpartum recovery time, improve sleep and improve your chances of an uncomplicated birth. You could find a local pregnancy exercise class near you, something like aquanatal yoga – if you’re near us, you could join Bev in the pool on Mondays here in leafy Croydon.

Week 106 showed how babies exhibit a training response (slower heartbeat and improved heart rate variability) to a mother’s own exercise AND that its benefits are still present weeks after they are born. What it illustrated was that you are quite literally exercising for two, because the benefits of exercise in pregnancy have health benefits for mum and baby that last well beyond birth.

So stop using the “I’m eating for two line” as an excuse to overindulge, find your local pregnancy exercise class and give your baby the gift of a headstart with a healthier heart.