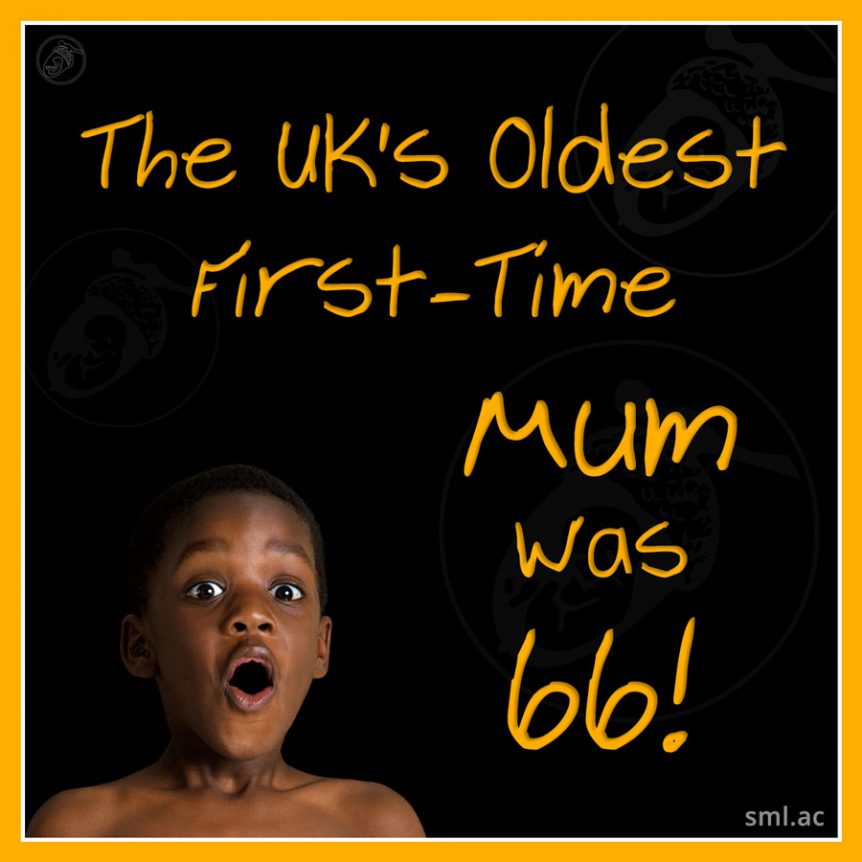 How old is too old to become a mum for the first time? Natural conception would be limited to pre-menopause, so before approximately the age of 55. Some would argue 50 as that’s the time when, in the UK and the US, fertility clinics refuse IVF treatment. But that doesn’t stop people travelling to countries where they have a more relaxed approach to IVF and age, something termed fertility tourism, and that is exactly what the subject of today’s Fun Fact Friday did.

At a time when many of us would be well on our way into retirement, Elizabeth Adeney became the UK’s oldest first-time mother. At the age of 65, after becoming a fertility tourist, she visited Ukraine to undergo IVF treatment where she successfully became pregnant. At 66, 9 months later, she gave birth to a 2.3kg (5lb 3oz) baby boy named Jolyon – meaning “young at heart”.

Whilst many will think 66 is pushing the limits of the human body, some may be surprised to know that Elizabeth Adeney is not the oldest ever new mum. Back in week 85 we discovered that the worlds oldest new mum, beats today’s new mum by a whopping 6 years, with the lofty age of 72.

There is much debate over the ethics in having a baby later in life, with many saying that IVF should be banned at a certain age. But this type of decision would only affect women, how would you prevent men becoming older fathers. Men do not face the same biological impositions as women and many records show men becoming fathers well into their nineties.

Becoming a parent at any age is a life-changing experience. Some would argue that nature dictates our limits, whilst others would propose “the wonders of modern medicine” make that argument irrelevant. No one knows what life will look as parents and what may transpire the journey to our children becoming adults. The only thing we can tell is our age when we get there, some may be in their 40s, whilst others will be in their 80s. For many that age is incredibly pertinent – whilst for some, like Elizabeth Adeney, it has little relevance.