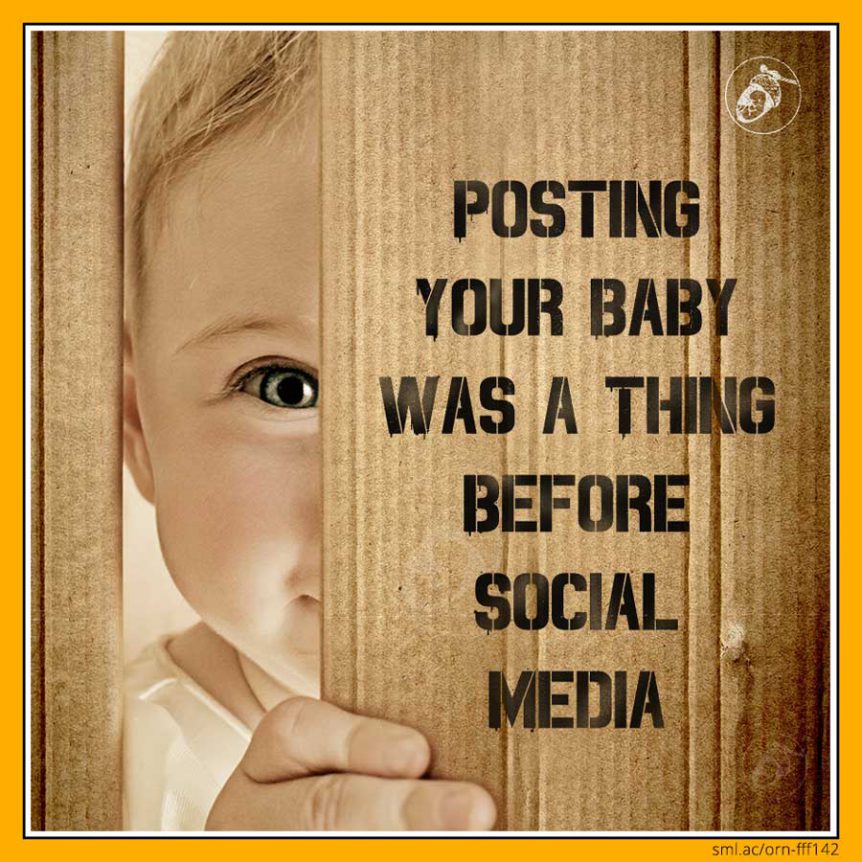 Before the advent of social media posting your baby meant that you needed more than just a camera and a good connection, you also needed someone you could trust and a whole infrastructure to support it!

NO! We’re not talking about some hipsters who were using Facebook before Friendster began or used to send photos of their babies over ARPANET. We’re talking pre-internet – way back at the dawn of a new offering from the United States Postal Service.

In 1913, the US postal service allowed Americans to send parcels that weighed up to 11 pounds (5kg). It was a service that was in high demand and in the early years before regulations were set in place, people shipped all sorts of weird and wonderful things.

Over the early years, there were reports of babies being posted with stamps attached to their clothing and riding on trains to their destinations accompanied by postal carriers.

One of those reports was a mail carrier, Vernon O. Lytle, on rural route No.5. He was the first man to accept and deliver a live baby under postal conditions. The baby boy weighed a few ounces under the 11-pound weight limit and was being delivered to his grandmother a mile away. It cost 15 cents and was insured for $50.

Then there was the report of Maude Smith – a thirty pound, three-year-old. she was posted wearing a pink dress at a cost of 33 cents, on the 31st August 1915. She was accepted to be put on a train to her destination even though the clerk responsible doubted its legality and wrote a note to the receiving postmaster explaining his predicament: Dear Sir – Baby received 8:15 by the postmaster in person. I doubt the legality of the sending but was put on the train and I must deliver and report.

Sending babies and children by mail was far from a common occurrence and many of the documented instances were publicity stunts or instances of people who knew the postal workers and asked them to carry their babies a relatively short distance to some nearby relatives. In the case of train journeys, children listed as “mail” could get away without having to pay the fare and many of the pictures of postal workers with babies in their mailbags were staged purely for the photo opportunity.

Whilst at first glance this practice may seem incredibly odd, it acts as a great indication of the trust that people had for the early mail workers and how well respected they were in their local communities. They became intrinsic parts of their communities, allowing distant friends and family to keep in touch. They were the bearers of both good and bad news and this was especially true in the rural areas where they were often the only visitors some would get for days on end.

Over the years similar stories came up from time to time as people pushed the limits of what they could send. There was a flurry of articles in the papers of the day just months after the introduction of the parcel service, stating that the postmaster had officially decreed that children could no longer be sent in the mail. However, posting babies was never really allowed in the first place. It was clearly stated in the regulations of the time that the only live creatures permitted to travel via the US postal service were bees and bugs.

Luckily for those of us who live in the social media age, posting your baby no longer involves stamps and faith in the postal service, but a quick snap, a tap and your little one is instantly transported into the palms, pockets and homes of anyone and everyone who cares to see your doting little bundle of joy.