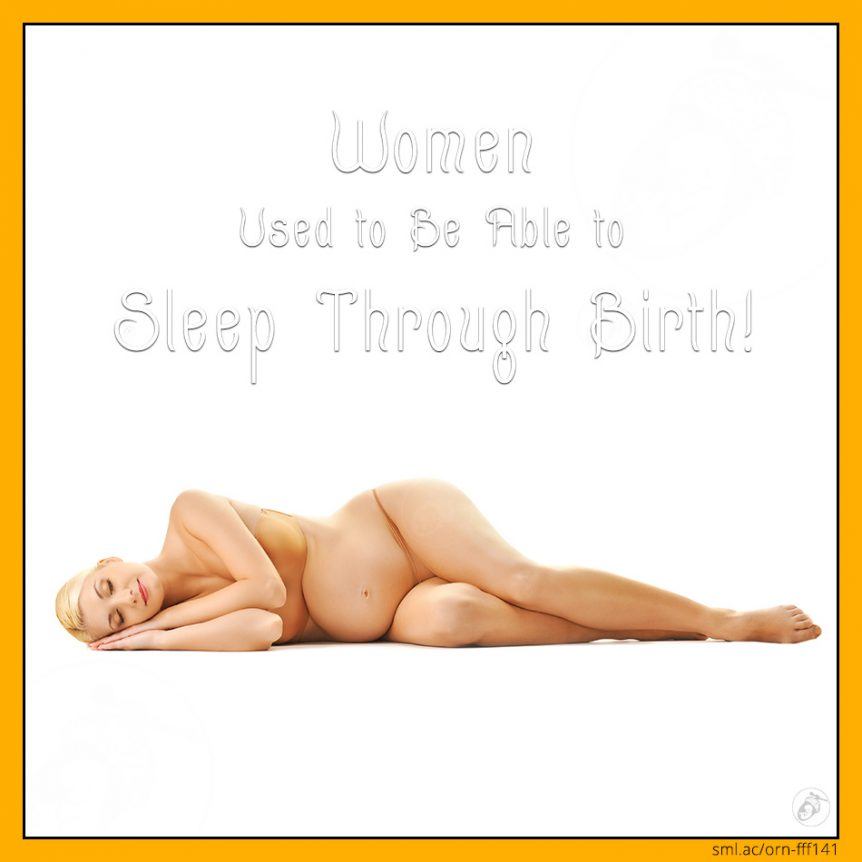 At the very end of the 19th century, a Dr Schneiderlin recommended the use of morphine and hyoscine (also known as scopolamine) to be used for surgical anaesthesia. It started to be used for that purpose, albeit sporadically, until 1902, when Richard von Steinbuchel first proposed the same combination to ease birth.

In 1903 in Freiburg, Germany, there was further development by Carl Gauss who coined the term “twilight sleep” that derives its name directly from the translation of the German Dämmerschlaf. Because of its discovery in Frieburg, it was also referred to as the Freiburg method.

Many of you are probably familiar with the drug morphine. It’s a very well known opiate that is highly addictive and is the basis for many other drugs, including diamorphine – more commonly known as heroin.

Hyoscine or scopolamine is probably the lesser-known of the two drugs that produced the twilight sleep. It is produced from plants of the nightshade family and both names are derived from a particular type of nightshade. Today it is used in very low doses to treat motion sickness and treat post-operative nausea and vomiting. And whilst it is considered safe, it also has a dark side.

BONUS FACT
Scopolamine is suspected to be the main ingredient in a date rape drug called “Devil’s Breath”. It has been named “The World’s Scariest Drug” by some, because it is relatively untraceable in a persons system within hours, completely wipes out their memory, and removes them of their free will.

The marketing around a twilight birth was that you have a sleep, your baby is born, then you wake up and all is well – no pain, no drama, no work, no effort. But that was a lie, one that anybody who worked in a maternity ward could profess to.

The combination of these two drugs didn’t work like a true painkiller and they weren’t an anaesthetic, they were nothing like modern epidurals and anaesthesia. Women would experience every bit of the pain, together with the effects of opioids.

Women would enter a dissociated state and suffer horrific hallucinations that would often lead to them being restrained and padded because of the violent thrashing that would accompany the sleep. They would lose their autonomy and free will, be treated like petulant children and robbed of any dignity that may have remained. Their only saving grace was that they didn’t remember any of it.

By 1911 there had been approximately 10,000 twilight births and it was becoming more popular with its deceptive promise of a painless birth.

In 1915 a New York Times article about twilight sleep cited that the 69 medical reports had said that ” scopolamine-morphine is without danger to the child” and was promoting the author’s new book that sung the praises of twilight sleep.

Many women of the day believed that twilight sleep was a marvel of modern medicine and supported its use. It became so popular that in the US, there was even a National Twilight Sleep Association and many popular publications praised it. It wasn’t until the 1940s that questions about the safety of twilight sleep arose.

The 1940s gave rise to a return to natural childbirth with books that are still in print, and relevant today, such as “Childbirth Without Fear” by Grantly Dick-Read. But that book and the rise of natural childbirth did little to curb the erroneous enticement of a pain-free birth, without effort or exertion.

But, in 1958, the dominoes of twilight sleep began to fall and things began to change… slowly.

There were many risks involved with twilight sleep:

Because of the amnesia that a woman suffered with a twilight sleep, many new mothers felt a complete detachment from their newborns that they didn’t remember birthing. Their baby was simply thrust into her confused embrace and told: “Here’s your baby”! The ramifications of this, the inability to create good attachment, are likely to have had long and wide-ranging implications for both the mother and the child.

The twilight sleep had negative effects upon newborns physiology too, they often suffered difficulty breathing and it was clear that newborns were suffering similar ill effects from the drugs.

The drugs were having depressive effects on their central nervous systems, something so crucial to a newborn in its first hours. This drug-induced haze would cause a great disturbance to one of the most critical times after a birth – “The Magic Hour”.

The magic first hour is a completely undisturbed hour between the mother and newborn, immediately after birth. There are many benefits to an undisturbed first hour:

So why did twilight sleep remain so popular for so long?

Family members were rarely if ever, allowed to be in attendance during the procedure. This meant that many people had no idea what went on in the maternity ward, except the staff.

The vast majority of the obstetrics profession was overwhelmingly male and the lack of empathy for women, their bodies and the birthing process was widespread. Birth and labour was, in some medical literature of the day, referred to as pathogenic or disease-producing and abnormal.

1958 bought an expose in the American Ladies home Journal, titled “Cruelty in Maternity Wards” that was spurned by a letter to the editor empowering them to “investigate the tortures that go on in modern delivery rooms”. With passages like “I’ve seen patients with no skin on their wrist from fighting the straps”.

For months after that article, women sent in their own experiences of twilight sleep, often horrific and traumatic. Thus began the painfully slow process of twilight sleep slipping into obscurity, that lasted into the 1970s.

It took over 60 years for this practice to stop, but are we any better off because of it?

Twilight sleep led to the over-medicalised approach we have to birth today. Whilst some of our modern methods undoubtedly save lives, many harm them. In some “modern” societies, where birth is heavily medicalised, the infant mortality rates are staggeringly high.

Women today around the world are still fighting for their rights during childbirth, even in the UK, some NHS Trusts still do not follow the recommended practices that are set for them by the The National Institute for Health and Care Excellence, (AKA NICE). There are many cases of women being denied their choices around birth every day in the UK!

We’re in 2018 and there is still a massive need for organisations like birthrights. This amazing organisation, and others like it, are still trying to undo many of the same attitudes that allowed twilight sleep to remain with us for well in excess of 60 years. There is a direct link to birthrights website in the description and to pay them homage for all the amazing work they do, we’ll leave you with their mission statement:

“Birthrights is the UK’s only organisation dedicated to improving women’s experience of pregnancy and childbirth by promoting respect for human rights. We believe that all women are entitled to respectful maternity care that protects their fundamental rights to dignity, autonomy, privacy and equality.”