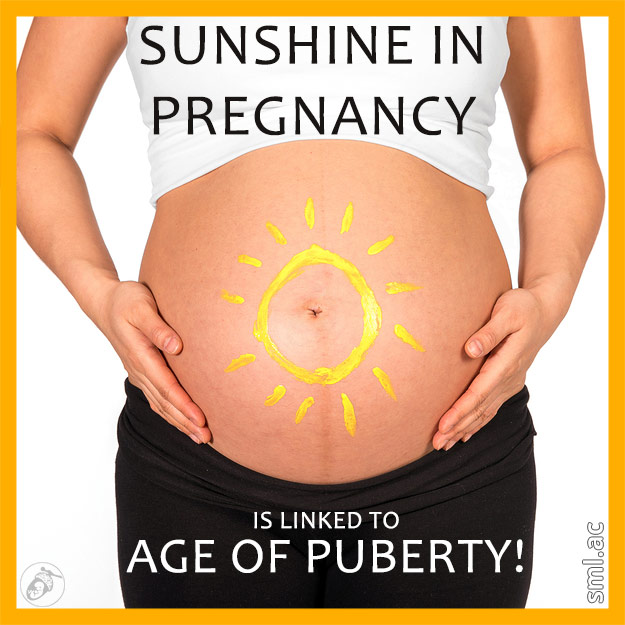 Who’d have thunk it!

As crazy as it seems, this one little thing – vitamin D exposure during pregnancy – can have an effect on when a girl reaches puberty.

It’s all down to something we discovered called the season-of-birth effect way back in week 19, when we found out that May babies, contrary to popular belief, are not the heaviest – but the luckiest! It then popped up again in week 48 when we unearthed the amount of vitamin D a baby encounters in utero will effect its eventual height.

Season-of-birth effect looks at the season in which babies are born, thus indicating the amount of vitamin D they were exposed to whilst in utero. The study included over 450,00 participants and looked at height, weight, BMI (Body Mass Index), educational attainment and, most importantly for this week’s fact, pubertal timings in women.