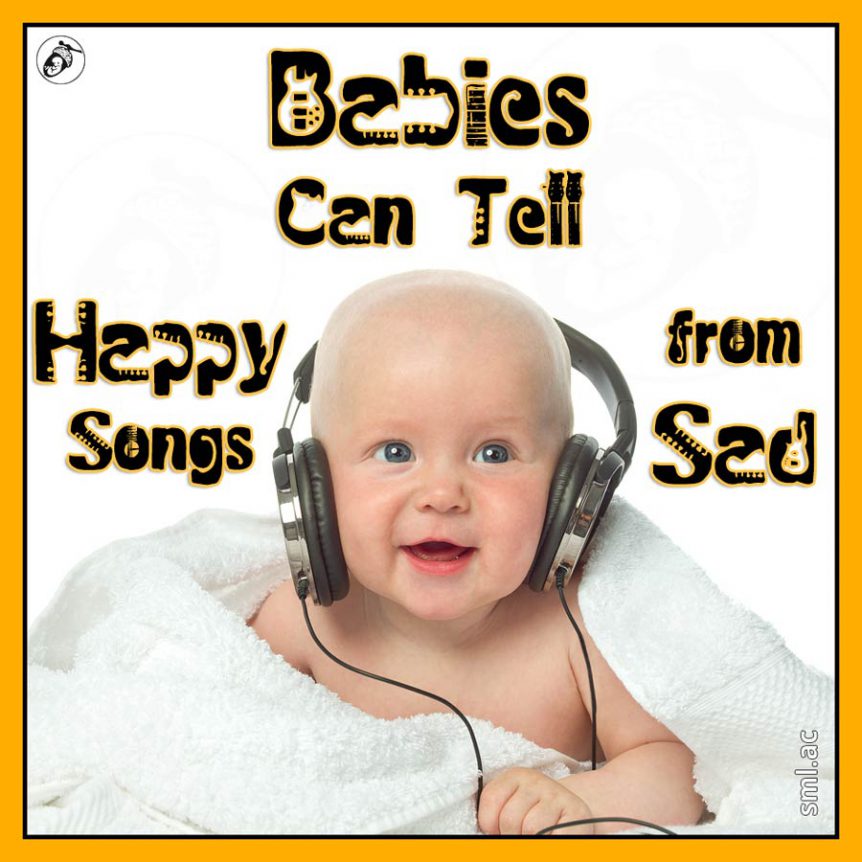 We first discovered this when we found out that babies can speak dog and the study that unearthed it. The study showed that babies as young as 6 months old were able to differentiate between friendly and aggressive dog barks (week 98).

The study examined how babies discriminated between a selection of 10 musical excerpts that had previously been judged by adults and preschoolers as happy or sad. The selection included happy songs such as “Ode to Joy” from Beethoven’s Ninth Symphony and the first movement from Bach’s “Brandenburg Concerto #3”, along with sad songs including Beethoven’s Symphony #7 and Greig’s “Aase’s Death.”

They performed the study by monitoring the attention babies gave to images of faces with different emotions (happy, sad and neutral) and observed the length of time they gave to each, whilst one of the selected musical excerpts was played. The study’s author, Ross Flon, is noted as saying “People of all ages reveal quite a bit through what they choose to look at and how much time they spend attending to that event… The only trick is to come up with the right presentation to test an idea about how and what babies learn.”

The study found that at just 5-months-old a baby can distinguish the “happy” songs from the gloomier compositions and by the age of 9-months-old, they were able to do the opposite and pick out the sorrowful tunes from a selection of more buoyant pieces. This illustrates that babies as young as 9-months-old are able to categorise songs as happy or sad in the same way as adults do!

The period of learning about emotion in sounds is a natural step before learning to talk. Music is an emotional medium and the main power may not lie within the lyrics

Our non-speaking little ones can understand the emotional capacity of music from a very early age, far earlier than many of us realise. Could it be that music’s power may not lie within the lyrics? Should we think twice about exposing them to genres such as gangster rap or death metal at an early age? Could we be exposing them to emotions that are too big for tiny people? We’ll let you decide.