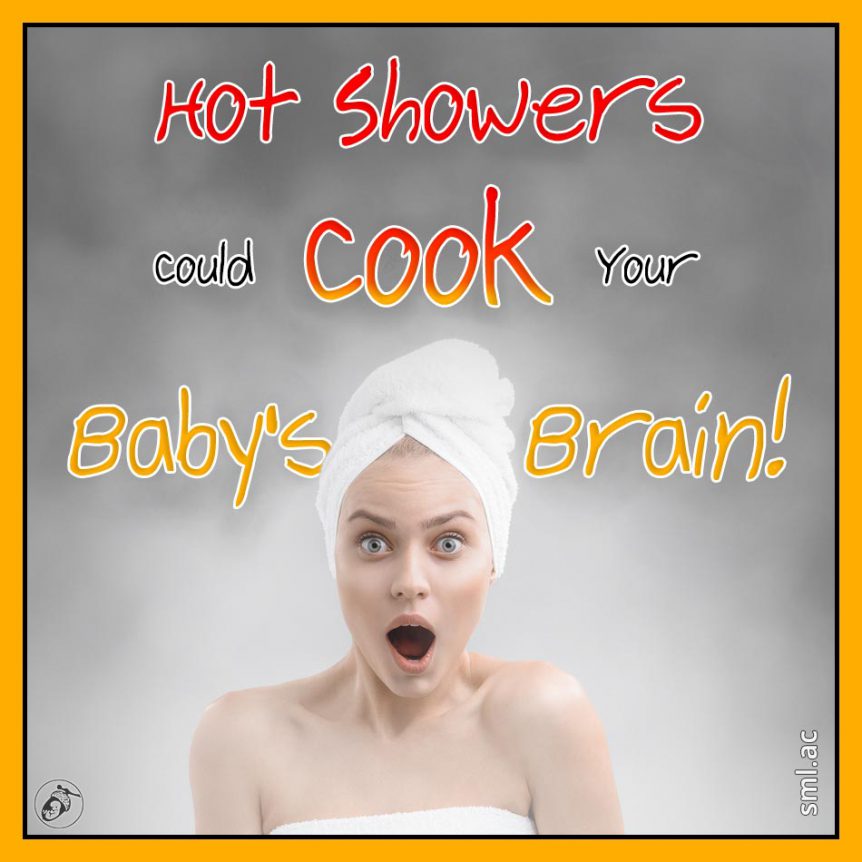 As you’ll know from previous weeks, a baby’s brain is amazing – from making over 15 million neurones an hour (week 83) to growing over 64% in its first 90 days (73). But one thing you may not know is how susceptible it can be to overheating, especially within the first 6 weeks of pregnancy – a time when many are unaware they’re even pregnant.

During the first trimester a baby undergoes its most rapid transformation – at three weeks old its heart starts beating (88), its fingerprints start to form at 10 weeks (22) and all of its organs, muscles, hair follicles, nail beds, vocal chords, and more begin to take formation. In this period they have transformed from a single fertilised cell to a near perfectly proportioned, tiny human.

However, they are incredibly vulnerable – especially to heat – during this critical stage in development. Overheating (hyperthermia) in pregnancy can cause problems to unborn babies and has been linked to birth defects, mainly affecting the brain and spine. Hyperthermia is most dangerous to unborn babies within the first trimester, especially during the first 6 weeks.

Hormone changes in pregnancy are known to make women feel faint, while hyperthermia is also known to cause faintness. As a mother’s body tries to cool itself, it sends more blood to the skin to help her cool down, meaning there is less blood going to internal organs, (such as the brain) thus causing faintness.

Heat was first discovered to be a cause of deformity in chickens over 100 years ago and many animal studies since, have confirmed this finding. Unsurprisingly, with the risk being so high to unborn babies, there have been no studies directly looking into this. There have, however, been self-reported studies whose evidence has substantiated the findings from the animal studies.

One such study of over 22,000 women set out to find women who had used saunas, hot tubs and electric blankets during their pregnancies. They also included those that had suffered from fevers. A total of 5,566 women had been exposed to at least one of these heat sources – 367 had jumped into a sauna, 1,254 had spent time in a hot tub, 1,865 had experienced a fever and 2,883 had used electric blankets.

They found that the use of an electric blanket had no effect, that sauna use or fevers over 38ºC (100ºF) equated to a near doubling in the chance of birth defects, while hot tubs came in as the riskiest – nearly tripling the chances. The researchers also said that experiencing two different types of heat exposure as opposed to just one would make the chances of birth defects jump by over 600%.

Saunas, hot tubs, jacuzzis and even hot baths and showers will raise your body temperature. Saunas are usually kept around 70ºC to 100ºC (158ºF – 212ºF), whereas hot tubs are factory set to maintain an average temperature of 40ºC (104ºF). The reason hot tubs are more dangerous is that water conducts heat 25 times more efficiently than air and can increase your core temperature far quicker.

What does this mean for baths and showers?

Many of us love a hot soak – but are they okay in pregnancy?

Simply put, there is no agreed upon, ideal temperature for baths or showers – it’s what the water does to you and your temperature. The Royal College of Obstetricians advises that if you really must bathe in water warmer than 37ºC (98.6ºF), then you should keep it to less than 10 minutes. The reason for this is that it can take 10 – 20 minutes for your body temperature to rise. Use your common sense – if you can’t get straight in, without doing a monkey impression then it is too hot.

We all love a good soak to relieve stress and the aches and pains of the daily grind – and pregnancy for some can certainly add to this load. Luckily, for those of you in the latter stages of pregnancy, the risks subside as you enter the second trimester. However, that doesn’t give you carte blanche to jump into hot tubs and saunas as you should still keep an eye on your core temperature. But if you can’t resist the allure of a warming soak to ease away the stresses and strains of the day, then keep them to under 10 minutes. It won’t be long until you’ll be able to indulge in overheating once again, but this time with a new addition to the family.