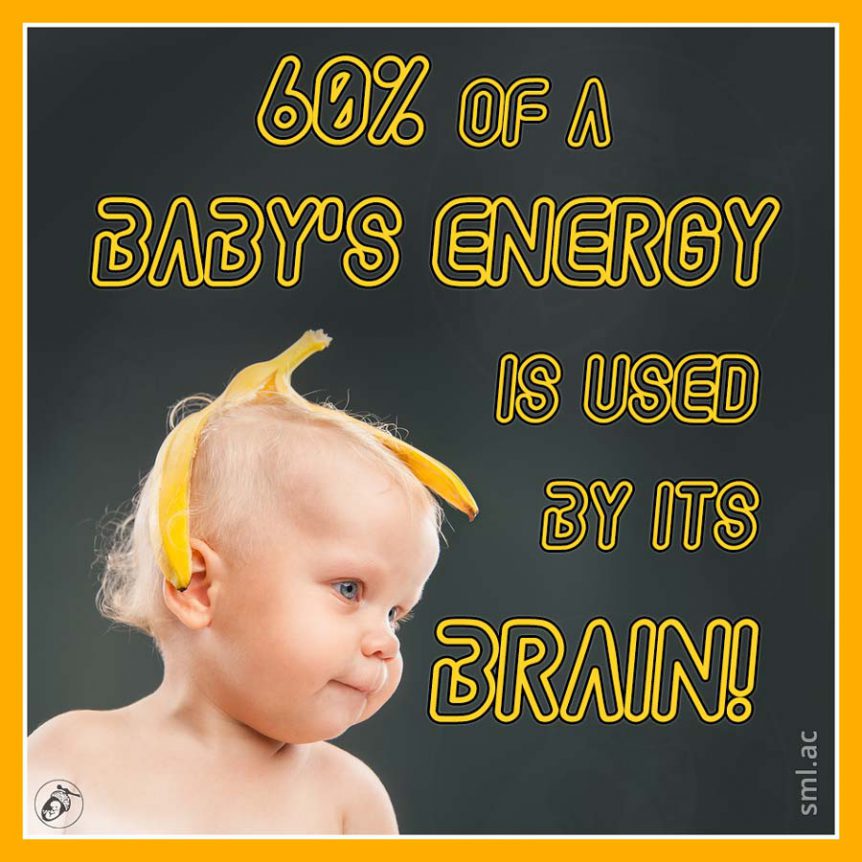 If you’re a regular to Fun Fact Fridays, you’ll know we love brains – not in the “I’m a zombie and I want to eat your brains” sense, but in the “brains are fucking awesome and absolutely fascinating, especially the developing brain of a baby” way. This week is no different. . .

Week 56 brought with it the discovery that a newborn’s brain accounts for 10% of its entire weight at birth – in adults, it’s only 2%. We have also found out that a baby’s brain grows by 1% each day from birth (67) and in 90 days a baby’s brain can grow to half the size of an adult’s (73) – from 33% to 55% – with an overall growth of 64% in just 90 days! To accommodate this massive growth, a baby’s skull has to do some serious expanding – that’s why a baby’s skull consists of 6 separate bones – the frontal bone, the occipital bone, two parietal bones and two temporal bones (see image below) – that are joined together by flexible cranial sutures that allow for stretching. These bones don’t start to fuse until babies are around the age of 2 (60). And the name of the protein that stops these bones from fusing – NOG, otherwise known as NOGGIN (9) 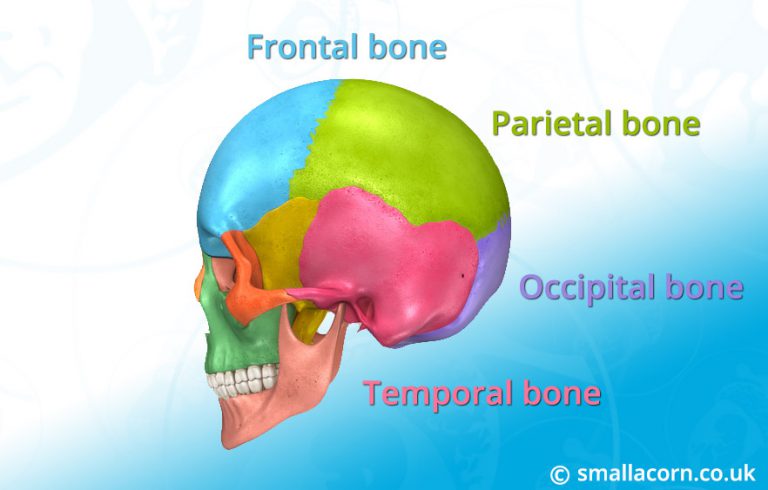 Then there are all the things that are going on inside a baby’s brain. Did you know that a baby’s brain can make more than 250,000 neurones every minute (83) – that’s 15 million hours – and that they are born with over 100 billion neurones(95)?

Today we’re looking at what powers all this growth and activity – energy! More specifically, a baby’s metabolic energy which is primarily via the consumption of glucose. Much like adults, glucose is the predominant fuel for a growing baby’s brain.

Compared to other animals, humans have an exceptionally slow and protracted growth before adulthood. One hypothesis is that the metabolic demands and energetic cost of brain development in humans could explain the slow growth into adulthood.

One study looked at this in more detail, to try and find out if there was a trade-off between body-weight growth and brain growth. They discovered, that at birth, a baby’s brain uses up to 59.8% of its total metabolic energy, but that drops off in the first six months, only to rise again to its lifetime peak of 65% around the age of 4.

A fascinating discovery and one that supports the earlier hypothesis is that the metabolic requirements of body-weight growth are the complete opposite. This would indicate that as the body and brain grow, they are in a form of metabolic competition. Each having to lower its own requirement to allow the other to grow. It’s worthy of note that the increase in body growth weight during puberty (which is unusually large in humans) happens – or maybe it’s been deferred – at a time when brain glucose uptake is greatly reduced.

The metabolic demands of a growing body and brain have meant that we have had a metabolic showdown going on between a growing brain and a growing body as we’ve grown. A baby’s brain requires a helluva lot of its overall energy whilst very young, but this is not the point when its brain requires the largest overall proportion – that is reserved for the 4-year-olds – and only when our brain had lowered its demands, did we shoot up in puberty.

As for why some of us “shoot out” in adulthood, I have a feeling it has nothing to do with our brains metabolic needs…