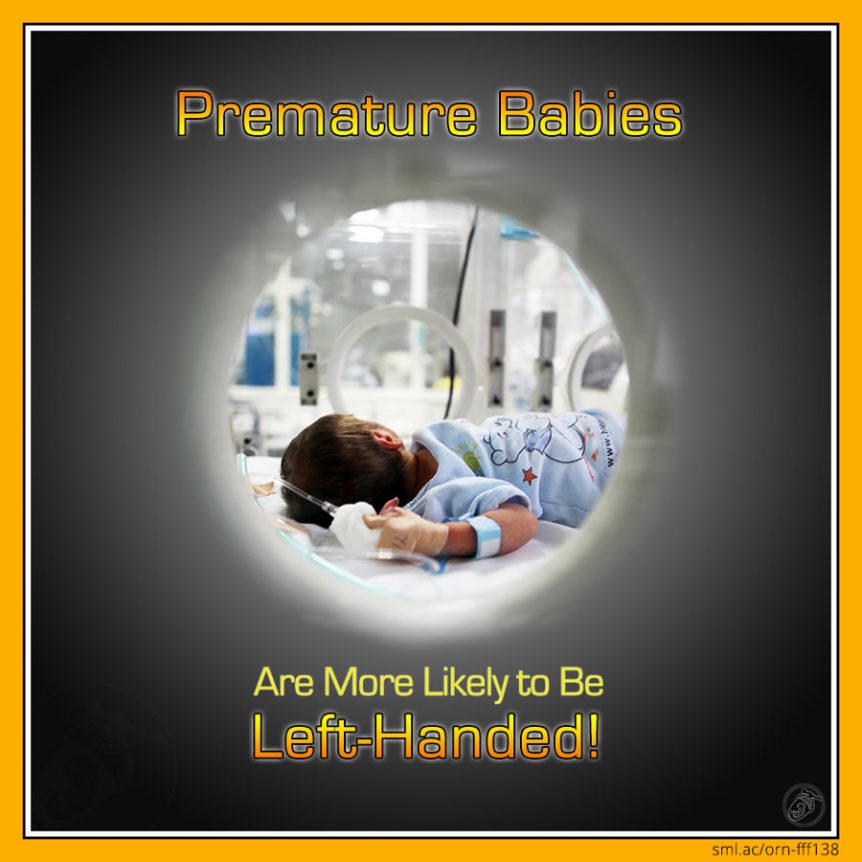 The plight of left-handedness is a tough one… From using scissors to reading a tape measure, from those spiral notebooks and ring binders that make writing a nightmare, to the ink covered hands that smear your writing and the elbow knocking at dinner tables. There are so many tiny things that make being a leftie a pain in the f…

As if being born prematurely wasn’t a burden enough, the chance of being a left-hander is much higher and with all the connotations of being uncouth and creepy, they appear to be born swimming against the tide, or are they?

There are lots of names associated with being cack-handed, sorry – left-handed, and most of them are unpleasant. In sport, boxers are southpaws, snowboarders are called goofy and a left-footed surfer is called a goofy-foot (you can thank Walt Disney for those ones). Australians would call you a mollydooker – meaning that you have girl-like hands.

Our language is littered with inequality – as binary as black and white. Right is considered correct, steadfast, authoritative, conservative, measured, proper and dexterous – from the Latin dexter, meaning right. Whilst left is the complete opposite, is associated with the devil and considered loony, clumsy, unlucky, eccentric, and sinister.

The word sinister comes from the Latin for left-handed and the same can be said for many other languages. Arabic refers to lefties as losers or just difficult, in Chinese you’re hindering, German you’re awkward, Russian you’re an untrustworthy black marketeer, French you’re clumsy, Phillipino you’re unfaithful, Portuguese you’re incapable or the devil and in Gaelic, you’re a roguish strange one.

Then there’s all the archaic religious bias towards lefties. The right is seen to be good and the left is seen as bad, for instance, the Bible makes 100 favourable references to the right and 25 unfavourable to the left. During the Christian witch hunts in 16th and 17th Century Europe, left-handedness was considered hard evidence of demonic possession and witchcraft.

In Christianity the right is associated with God and the left with the Devil, in Islam and Hinduism, the right hand is reserved for honourable uses, such as food handling and ceremonial activities and the left for necessary, but unclean purposes. In Buddhism, the right-hand fork in the path leads to Nirvana, whilst the left fork is to be rejected.

BONUS FACT
I’m (Bev) left-handed… I always struggled to use chopsticks well into my twenties and one particular, non-sober evening, I came to realise there was a very good reason for it. It was pointed out that I was never given left-handed chopsticks! After this revelation, the extent of my left-handedness felt overwhelming. How many other things had I struggled with because of my sinister tendencies? Then the following morning arrived and I realised it was not my left-handedness that was holding me back, but my inebriated gullibility.

So what causes left-handedness?

Well, no one is entirely sure! There are theories around genes, sex and foetal development.

One theory is that “some element” triggers gene expression for both left-hand dominance and early delivery/labour. But no one has ever identified this element and there isn’t a gene responsible for handedness all by itself – recent studies suggest that up to 40 different genes may contribute to handedness.

But, the biggest thing to refute the genetic theory is that identical twins – who share identical DNA – do not always share the same hand preference. Approximately 21per cent of all identical twins have different dominant hands.

BONUS FACT
Mothers aged over 40 are 120 per cent more likely to have a left-handed child.

There are other studies that have linked left-handedness to stress in pregnancy and think that higher levels of stress whilst pregnant may cause or contribute to a left-handed preference.

If you cast your memory back to week 122 when we discovered that unborn babies share their mothers’ stress, we found a link between early labour and stress in pregnancy. The stress hormone CRH (Corticotropin-Releasing Hormone) that is released by the placenta in response to stress, was measured, and those mothers with high levels were shown to give birth earlier.

Because boys are more likely than girls to be left-handed, some researchers think handedness may be impacted by the male hormone testosterone.

One thing is clear, nobody really knows what causes cack-handedness – leftism – goofiness – sorry, left-handedness. With Monday just gone having been “Left Handers Day” – as it is every year on the 13th of August – we thought we’d leave you with all the great things that come from being part of the 10 per cent and leave you with some of the most famous left-handers that you share your sinister ways with!

When it comes to sports, left-handed athletes have an advantage in any sport where two people have to face each other – that could be fencing, tennis, basketball, cricket, boxing, the list goes on…

Here are just some of the World’s notable left-handers –