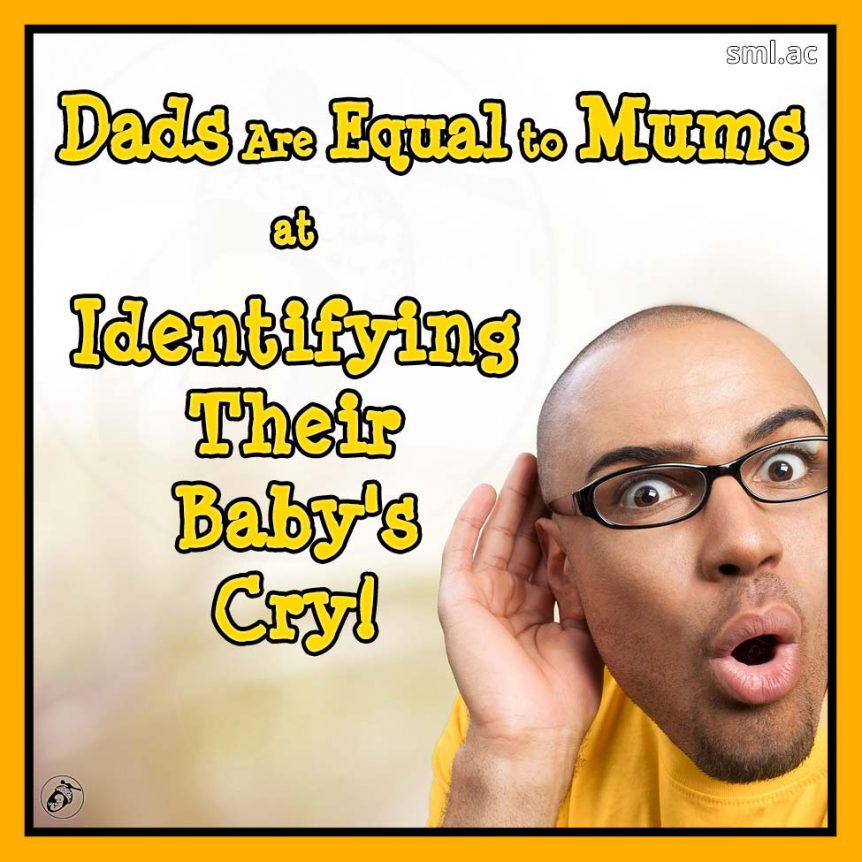 Here at Small Acorn, we think Dads are important – often people’s focus, when not on the newborn bundle of joy, is on Mum. And rightly so, for the most part – especially during the fourth trimester, but that doesn’t mean that Dads don’t experience changes or lack parental skills!

Dads can experience hormone shifts both before and after their little one arrives, as we discovered back in weeks 69 and 84. In week 91, we also discovered that new dads make new neurons.

There are numerous studies out there professing the superiority of women around babies cries and, on the whole, this would make biological and evolutionary sense. However, a study from April 2016 has put the proverbial cat amongst the pigeons! It has shown that when it comes to identifying their babies’ unique cries, men are just as good as women – and sometimes even better!

Before this study, it was thought that mothers were more able than fathers to recognise their baby by their cries. The findings of this study have shown that it’s not about gender, but about the time spent with their little one.

The study asked 27 fathers and 29 mothers to pick out their babies cries from four other babies. The group recorded baby cries in France and the Democratic Republic of Congo and found that parents were, on average, able to pick out their baby’s cries about 90% of the time – most notably, there was no difference in ability between men and women.

The findings from this study would suggest that the old African saying we have been known to spout – “It takes a village to raise a child” holds true. In this type of environment, there would have been more than just the mother and father raising the child, everybody would have needed the ability to care for that child. It would have been an evolutionary advantage to be able to pick out the sounds and cries of those closest to you, regardless of relationship.

Babies’ cries are not only different between babies but differ depending upon their needs. Babies will make different sounds depending on whether or not they’re hungry, tired, uncomfortable or windy and you can learn to tell the difference too, for more info check out one of our very early posts that we wrote when our little one was just 4-months-old, explaining how we did it.

One thing that is apparent, is that having the ability to identify a baby’s cry is a learnt behaviour that can only be achieved in one way – by spending at least 4 hours a day with them.